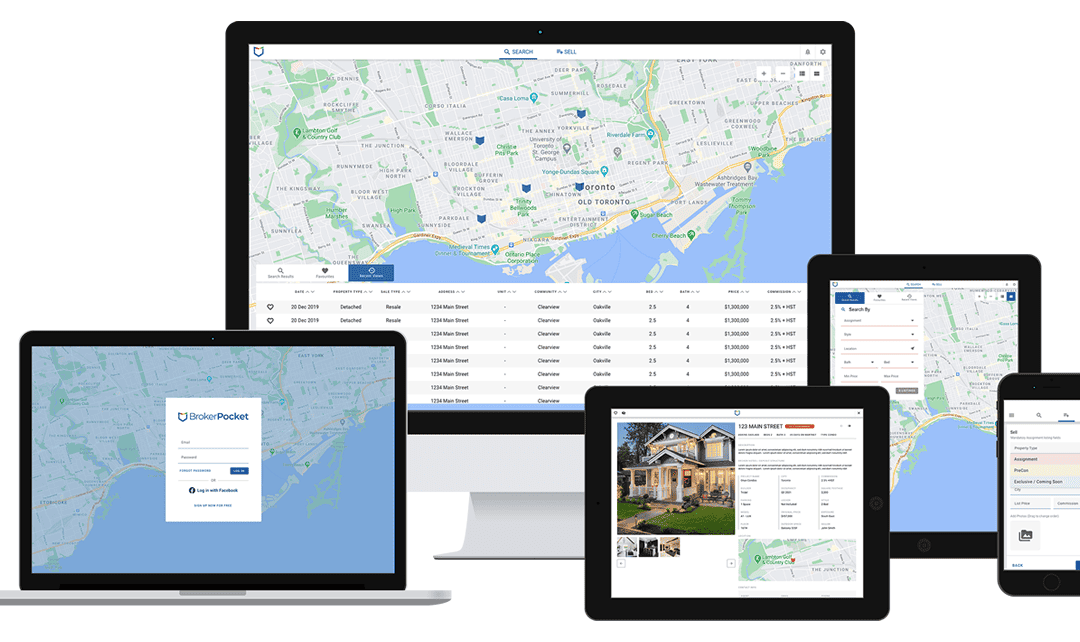 Selling an exclusive listing can be challenging – agents are asked to promote the property without advertising that it is for sale and to get the word out only to relevant people.

Eric Skicki says that’s the value of BrokerPocket, an off-market listing portal strictly for Realtors and their exclusive listings.

Skicki, founder and CEO, launched the beta version of BrokerPocket in September in Ontario. “It already has more than 900 agents on the platform in the first 75 days and more than 300 listings.”

He says it’s Ontario’s largest collection of off-market listings. For buyers, BrokerPocket gives your agent access to listings not available anywhere else. As a seller, it gives your agent the ability to promote your listing to a large private network of agents working with qualified buyers, Skicki says.

His ambitious plan is to launch the platform in British Columbia and Quebec in January 2022, eventually including the rest of Canada and the United States.

Agents join by visiting brokerpocket.com and fill out a form, including their RECO number to ensure only licensed agents have access to the platform. It is free to join.

Although the system is MLS-like, it is not in competition with it, Skicki says. “Ninety per cent of properties belong on MLS. We’re not trying to take away listings from MLS. We’re trying to serve the underserved, those who can’t or don’t want to go on MLS because of privacy. (For example) they don’t want pictures of the inside of their house online or are in the midst of a divorce or have other personal reasons,” he says.

BrokerPocket also lets agents explore the market by showcasing properties and getting feedback from other Realtors.

It’s geared to all price points, all brokerages and all agents regardless of experience. There are no restrictions as long as they are a licensed real estate agent, regardless of whether they are full service or discount, or where they are located, he says.

A “coming soon” section will be introduced in the next few weeks to tease properties that are not ready for sale because they need to be staged, painted or renovated. Information can be offered in short sneak peek mode or more detailed formats.

Skicki didn’t intend to get into the real estate industry. He attended York University’s criminology program, wanting to get into law enforcement and eventually work as a hostage negotiator. However at the time he graduated, there was a hiring freeze. “I didn’t want to wait for life to happen. I wanted to be in charge.”

Around that time, he happened to read Real Estate for Dummies.

“It was simple and made sense. I got excited about real estate,” he says. He got his licence in 2011 and worked as an independent real estate agent. He built a team, then started his own firm, Cloud Realty, in 2015. He chose Mississauga for his bricks-and-mortar location because he says there was no modern technology focus in the west end and he has a passion for technology, innovation and digital online marketing. He learned to leverage his tech hobby to build a team and scale up to an office, which now has about 130 Realtors and 11 staff.

However with the office up and running, he says he needed a “more ambitious and lofty goal. I needed something that would have a greater impact on the industry as a whole. I wanted to provide value to the entire industry.” Skicki says BrokerPocket can do that.

In the future, the company will make money through sponsored listings, with agents paying to put their listings on top of search results. Skicki anticipates 10 per cent of members will move to a paid model for $25 to $30 per month to elevate their profile and receive more analytics and services.

Skicki says that once fully deployed, it will be a game changer for the real estate community.

In December BrokerPocket will be looking for funding investors. Many of the initial investors were agents.

Skicki says there are similarities between police work and real estate. “Police and real estate fields both deal with people, deal with situations that can be unpleasant and (you need to know)  how to navigate complex situations. Problem solving is an asset. You have to be quick on your feet….Every client is different. He says every day is different because every client is different. “And you must be professional at all times,” he says. “You have to do what’s right, not just for today but a decision you have to live with.”