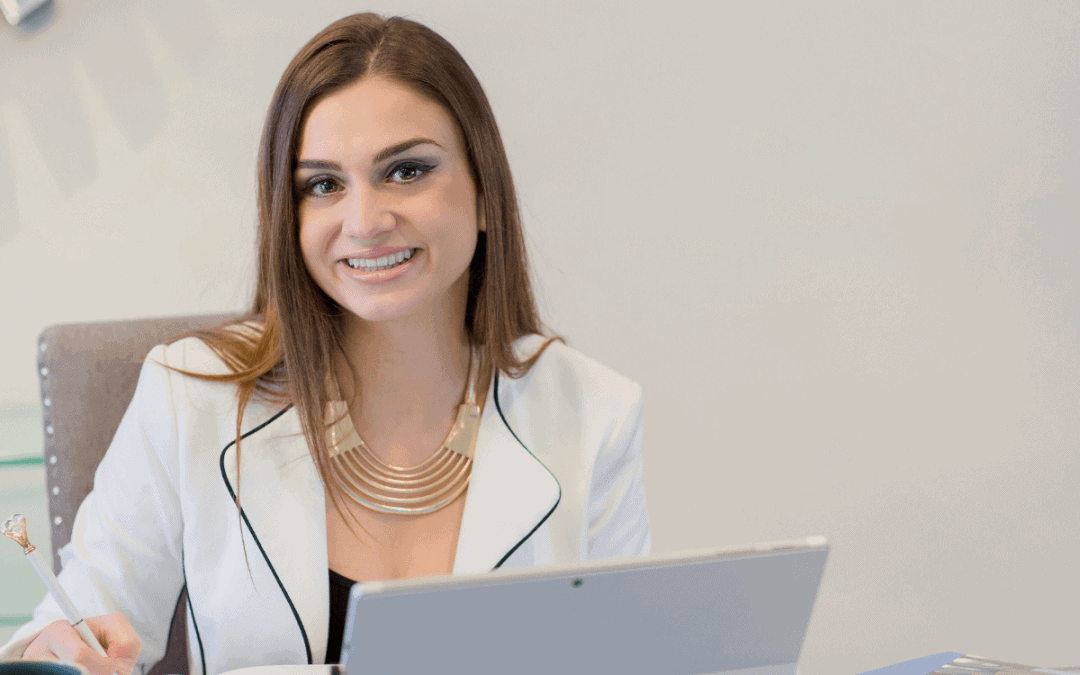 After just four years in the industry, 29-year-old Rossi has made the Coldwell Banker 30 Under 30 list for 2022. The  award winners were chosen from over 100,000 independent real estate professionals in 40 countries and territories.

How did she get there? By being kind, courteous, ethical and trustworthy. And by doing things the proper way, says Rossi, who is with Coldwell Banker Ronan Realty in New Tecumseth, Ont.

“I applied for this award by submitting multiple videos that answered many of their questions and they were able to see my sales and education. My sales year over year and my continuing education show my dedication and commitment. I believe I received this award because of all that.”

Rossi wanted a career that was “rapidly changing” and one that allowed her to be in front of people, rather than behind a computer. She also wanted to be her own boss and control her own future. And she loves sales.

Rossi has been in sales since she was 13-years-old, outselling her three sisters, brother and mother at her mother’s home décor store. Stints in the retail and culinary worlds were followed by international business school at Seneca College in Toronto, with the intention of doing international sales and travelling around the world learning about different cultures. But after she earned her degree, she says the jobs were not there.

That’s when she began working in telecommunications, quickly becoming a manager but finding there was no room for upward growth.

Her older sister, although not in real estate, pushed Rossi to leave her repetitive job and get into the industry. She signed up for the real estate course, which she completed in a year while working full-time in her telecommunications job.

Rossi says she quickly realized real estate isn’t a part-time gig. “It’s sink or swim.” She began by cold calling and door knocking because they’re inexpensive ways for a new agent to market themselves. She says she didn’t have much luck with cold calling but being in front of people when door knocking made all the difference.

Talking to people in person allowed them to see her confident body language and the honesty and integrity in her eyes. It gave her a chance to tell them that she would go above and beyond for them and make their transaction as easy and stress-free as possible, she says.

She didn’t have extended family in her local area, only her siblings. “I didn’t have a big sphere of influence. I have worked very hard to build relationships and focus on networking to maximize opportunities and exposure.” She says she made friends with all the agents in her office (she joined Coldwell Banker Ronan Realty in 2018 and has been there since) and offered her help. She told them, “If you have something you don’t want, send it my way. I’ll be glad to help out.”

She got her licence in June, started in July and the first year did nothing but rentals. She did 38 rentals that year.

A lesson to share: rather than looking at how much (or little) rentals will bring, remember that if clients like you, they’ll remember you, she says. Some rental clients referred her to their friends who were looking to buy and sell.

Rentals are the cheapest form of networking and meeting people, she says. “It’s time consuming and exhausting. You get doors slammed on you and people swearing at you.” But despite that, she says she’s an optimistic glass-half-full person. Retaining a positive outlook is key, she says.

She urges new agents to remember that it won’t be easy. “The first battle in real estate is the battle with yourself. What makes you stand out? Why should clients hire me? You question yourself then build confidence. You get that first transaction under your belt. Everyone thinks it’s easy and that agents make lots of money. They’re right. Showing houses is easy. The hard part is finding clients, people who will let you come to their house, walk through and who value your opinion.”

In her second year, she had the opportunity to sell her sister’s house. “Then the wheels started rolling.” However she continued to door knock. “As successful as I have become, sometimes things slow down and you wonder where the next deal is coming from. Everyone battles the same thing.”

Rossi says her brokerage has a supportive atmosphere and she appreciated the help the agents in her office and broker of record Sarah Lunn provided. “Sarah let me shadow her and attend client meetings….I didn’t want to be own my own. I wanted to learn how to protect people (clients) and how to deal with problems.”

Some of Rossi’s sales include a $4.15-million property, a $3.9-million farm and another $2.87-million luxury property. She is a Global Luxury Certified agent, having completed Coldwell Banker’s five-day course.

Whenever she’s asked for advice by people who are considering real estate as a career, she says she is honest about it. “It’s stressful and not easy, but it’s one of the best industries. If you’re the type of person who is able to hustle and keep their positivity up, I encourage people to go into real estate.”

Her goal is to work “100 per cent in the global luxury market” and to continue with her niche in farming, land sales and development. She currently works in Tottenham and New Tecumseth, but has her sights set on expanding to Kleinburg, a 10-minute drive from her Bolton home.

“I’m proud of myself. I’m trying to manage family and work. Many agents live for work. Many are divorced,” she says. She says she wants to be “comfortable in life” but to balance that with family and kids. “I don’t want to lose myself.”

“Winning the 30 Under 30 award for Coldwell Banker globally means the world to me….especially being the only Canadian to receive this designation in 2022. It’s an honour.”