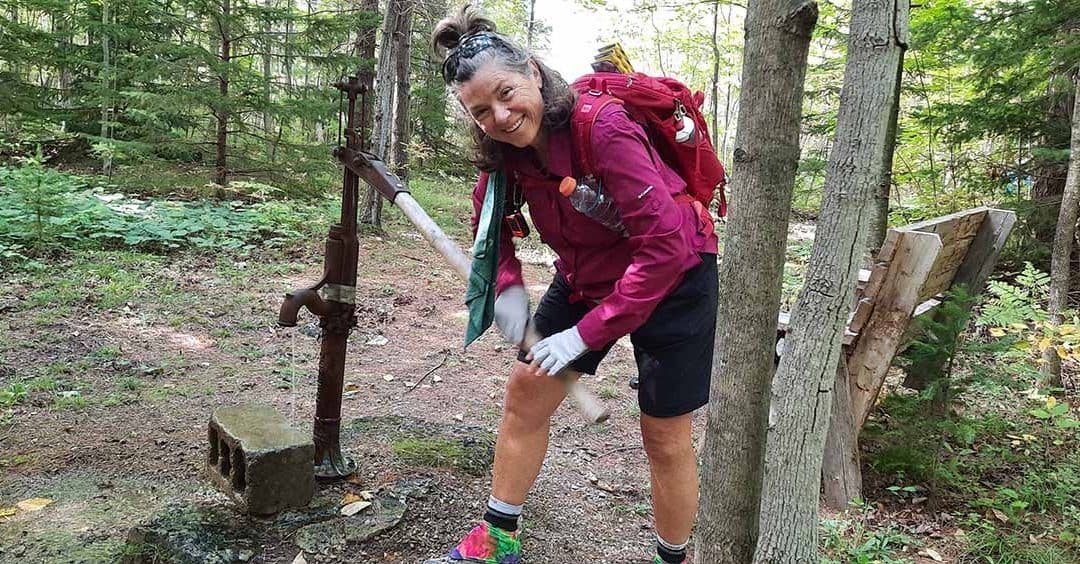 Murphy’s 56-day hike, Boots on the Bruce for Shelter, will begin on May 1 in Niagara-on-the-Lake, Ont. She is expected to finish the trail in Tobermory, Ont. on June 25. Her mission is to raise funds and awareness for women and children fleeing domestic violence.

After raising over $32,000 during her 3,000-km Hiking Home for Shelter trek from Mexico to Canada via the Pacific Crest Trail in 2019, the retired Realtor is working towards a goal of fundraising $50,000 for this year’s event.

Those who wish to contribute to the cause have the option of directing their donation to a women’s shelter in their own community, by indicating its name or location served in the comment section of the donation form. Because Royal LePage Canada covers the administrative expenses of their Foundation, 100 per cent of proceeds will go directly to the cause.

Murphy was inspired to take on Canada’s oldest and longest marked footpath after hearing about the increase in domestic violence cases since the onset of the pandemic.

“I was shocked to hear that domestic violence cases had increased by an average of 25 per cent globally during the pandemic,” she says. “With this in mind, I was motivated to take on another hiking challenge and raise funds and awareness in support of women and children in unsafe living situations.”

Supporting women’s shelters in Canada is a cause close to Murphy’s heart. Working as a Realtor for more than 18 years, she understands the importance of having a safe space to call home. Through her work with Royal LePage and the Royal LePage Shelter Foundation, she became aware of the significant number of people desperately seeking safety and a life free from violence.

“Through my travels, I hope to tell stories and have conversations about the importance of shelters within our communities, while encouraging people to get involved in any way they can,” she says.

Murphy hopes she won’t be hiking alone this time, and that others will be inspired to get involved. She welcomes all those who are interested to join her on her journey, whether that be hiking for a day or a week, or simply by encouraging her from the sidelines as she passes through.

“I look forward to the lasting friendships and camaraderie this year’s trek will bring. There is an unbreakable bond formed by those who go through a challenge like this together in support of a greater cause,” she says.

Read more of Linda’s story or donate to Boots on the Bruce for Shelter at this link.