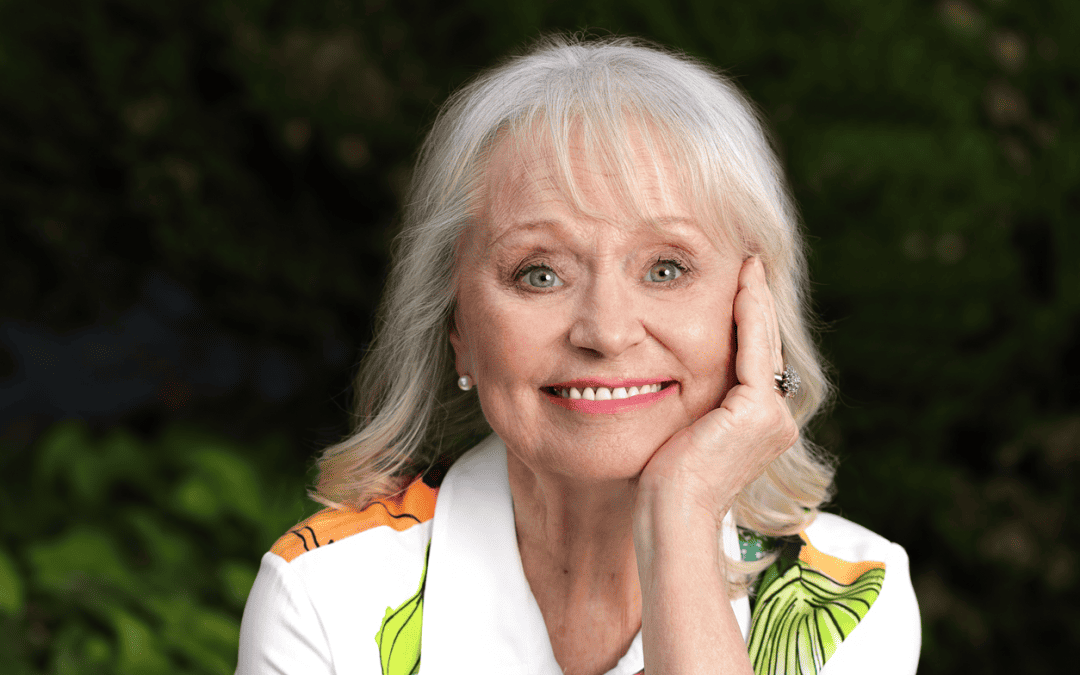 For decades, Sharon Mason’s friends have been urging her to write a book. But about 18 months ago, a client she has known since 1984 raised the question again: When are you going to write that book?

“At my age, I thought I’d better get on it,” says the energetic and youthful 79-year-old Realtor with HomeLife Benchmark Titus Realty in Surrey, B.C.

“My mind raced and my fingers flew. It took me six weeks to write. (The words) came flying out of my brain and fingers. I have so much to say and so much to teach.”

No ghost writers were involved – Mason wrote the book herself, knowing exactly which stories and lessons learned that she wanted to share.

For the Love of Real Estate – Tales from the Trenches – was launched on March 21. That day it was the No. 1 best seller on Amazon in four categories (three real estate and investment categories and the fourth for “mover and shaker”.)

The book was professionally edited and designed, and award-winning actor, producer and director Jason Priestley of Beverley Hills 90210 and Private Eyes fame penned his mother a special forward.

Priestley’s publicist handled the publicity and Mason has already made numerous appearances, including on BNN Bloomberg. “It’s been an amazing experience,” Mason says.

Mason asked her real estate manager to read it. The manager said, “Every real estate brokerage should have your book. It should be mandatory reading for every new Realtor. You teach so much by taking (readers) into the scenarios.”

New agents will appreciate that For the Love of Real Estate – Tales from the Trenches is not a dry, to-be-dreaded real estate lesson book. It’s presented in Mason’s conversational style. She says readers tell her it’s a fun read and share that they learn a lot from it. The book is great for new real estate professionals, the not-so-new who can relate to her tales, and for the public.

“People have no idea what Realtors do. They think we have open houses and make lots of money,” Mason says. “The book raises the value of what we do and helps the real estate community as a whole.”

She says people need to know the true story about real estate agents, not the misunderstood greedy, pushy and insensitive version that TV and film often portray.

Mason’s own story is inspirational, to those in the business and not. She got her real estate licence at the age of 40, wanting a career where she could “help lots of people and change the finances of her family.”

Her strong work ethic (a family trait), problem-solving ability and varied background has paid off. When she was young, Mason was a member of the Royal Winnipeg Ballet and performed for Queen Elizabeth and Prince Phillip. She has worked in the entertainment business as a teacher and is a mother and grandmother. She says those different roles helped her develop the all-important-for-real-estate people skills.

She encourages people to be “a good student of their own life. Everything is a lesson.”

Her lesson learned: she was meant to be an entrepreneur.

Her book, which includes personal stories (names have been changed to protect the innocent, she jokes), talks about everything from what it’s like to be a new Realtor and how to get off the ground, to an important section about estate sales.

The chapters are peppered with stories like this one: From the time she first visited, Ernie the dog loved Mason, even running when he heard her voice on the answering machine. The dog’s owners later told her that Ernie’s approval was one of the reasons they listed with her.

Mason’s is a family legacy story. Her father, Lorrie Kirk, got his real estate licence in 1948. He was entrepreneurial and had his own business after he served in the navy during the Second World War. He was drawn to real estate when he learned how much he could help people, Mason says. “He was a mover and a shaker.”

In the 1950s, she says Kirk and his business partner proposed the real estate act concept “to the provincial government and helped to craft it. Of course it was written by lawyers but they got the ball rolling. My dad’s partner,  J. Donald Smith, was a cabinet minister in the W.A.C. Bennett Social Credit government at that time in the 1950s and so he was able to introduce it to B.C.”

Kirk was also in the University of British Columbia’s first FRI graduating class.

Mason says her father would talk about what he was doing and show her houses, but she wasn’t interested in real estate until middle life. But all that he taught her was stored in her brain. Choosing real estate didn’t come out of the blue.

The international award-winning Realtor, who works with her husband and real estate partner Al Mason, says she’s more successful than she thought she would be.

Mason’s daughter, Justine Priestley, got her licence last year. In the testimonials, she writes “While my mom was writing this book (during a recent pandemic lockdown) in a mere six weeks, I said to her, ‘I think you are writing the book for me Mummy.’ I was, at that time, studying to get my real estate licence. I now realize that this book is for everyone. Whether you are interested in real estate or not, this book will entertain you and while you’re laughing, teach you about relationships, about leading with love and about BEING in the world.”

Mason says her son Jason is more like her – his nose to the grindstone. He’s been married to Naomi for 17 years and she says he’s a good father to his children, 14 and 12. “He’s a nice guy with a great reputation. He hasn’t gone Hollywood,” she says.

The ebook version of For the Love of Real Estate – Tales from the Trenches, will be available shortly. An audio book is in the works, with Mason, a voice actor, narrating it herself. She says, “Reading the book to myself was hilarious.”

As for the book, she says, “It was easy to write. I’m very articulate. I’m not afraid to express what I want to express.” She says the message “poured out from the universe. It just came to me.”

And the universe speaks again. She has already started her second book – more tales from more trenches.

To buy a copy of For the Love of Real Estate – Tales from the Trenches, visit this link.