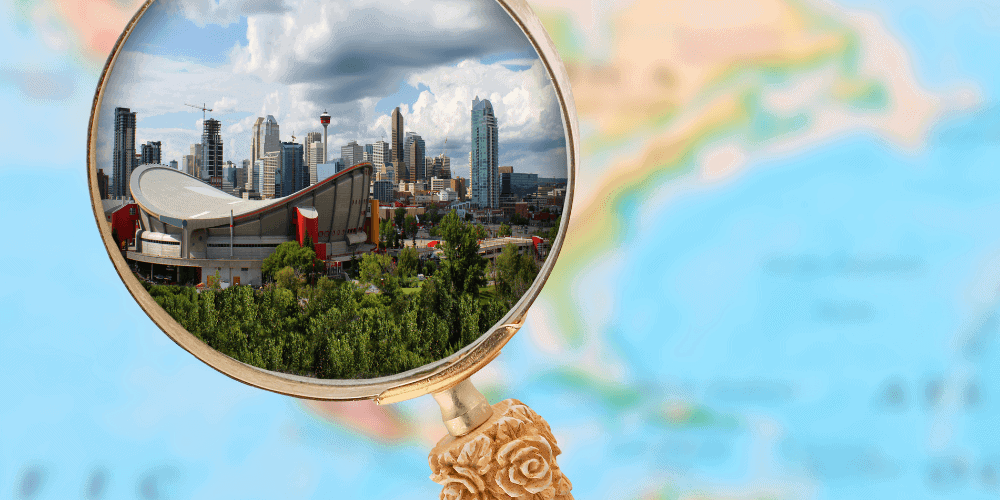 You could say the Alberta Advantage is back, and people from Ontario and British Columbia are flocking to Wild Rose Country because of its housing affordability.

Quite simply, homes in major cities like Calgary and Edmonton are more than half the price of the averages in the Greater Toronto Area and Greater Vancouver Area – and that’s enticing people to come to Alberta in waves.

“The reason for that is affordability,” says Justin Havre, broker and owner at Justin Havre & Associates in Calgary. He says his team has experienced a considerable influx of buyers inquiring about properties in and around Calgary. “Affordability is a huge factor. The lifestyle that Calgary offers. The common theme we hear from people in Toronto is they work to pay their living expenses, whereas when they come to Calgary, they can have a lifestyle that’s not all revolving around work and paying their bills,” says Havre.

“Some have even cashed out from the Ontario market, purchased a home in Calgary for a third of what it would have in Toronto to have the same or similar home; and some sold their house, became mortgage-free and even semi-retired because it allowed them to do that.”

Havre believes the trend will continue as the Alberta government makes a concerted effort to attract new talent to fill vacant jobs. Homeownership remains out of reach for so many in Toronto and Vancouver. That’s why more and more people are considering making a move to Calgary.

When asked how many Calgary transactions he’s helped facilitate from out of province in the past year, Havre replied: “Well into the three figures. At one point in time, seven out of every 10 people contacting us were from out of province and from Ontario. We had one family that picked up five properties on the same block,” Havre recalls. “And we had multiple families that purchased for themselves to live but also picked up investment properties. It’s been a pretty interesting year.”

The numbers when it comes to home prices are even more staggering. According to the Canadian Real Estate Association, in September, the MLS Home Price Index benchmark price in the Greater Vancouver Area was nearly $1.17m, while it was close to $1.16m in Toronto. For Calgary, it was $521,300, and Edmonton was even more affordable at $382,800. Alberta’s prices are also significantly lower than other major BC and Ontario cities such as Victoria, Ottawa, Hamilton and Mississauga.

A recent national report by Re/Max indicated buyers from out of province – typically British Columbia and Ontario – continue to pour into Calgary and invest in the city’s housing stock. Economic fundamentals continue to improve in the province overall; consumer confidence is on the upswing, and housing markets in both Calgary and Edmonton reflect the provincial return to growth and prosperity.

“Alberta is seeing huge immigration from those two provinces . . . So you’ve got the really low cost of housing, and lots of disposable income, which is great for the local economy because people are continuing to spend on going out for dinner, events and shopping. We’re still seeing a lot of that in British Columbia and Ontario, but people are a lot more conscious of what they spend, especially in this high inflationary market,” Alexander adds.

“I’m personally very bullish on that province because it’s been so dependent on oil for so long, and obviously it still is, but we’re seeing big investments in other sectors, namely technology, which is attracting a lot of people as well.”

Phil Soper, President and CEO of Royal LePage Canada, said Canada has seen a fundamental shift in inter-provincial migration starting at the beginning of the pandemic.

“Traditionally, if you go back over the decades, there have been two or three provinces that have gained in population from the flow of people between provinces. This is taking immigration off the table,” he said.

“They were Ontario, Alberta and B.C. Sometimes Alberta would fall off the list. It fell off the list at the end of 2014 with the collapse of oil prices. But in general, those three provinces changed during the pandemic and Ontario, our most populous province, became a net donor to the rest of the country. The big gains in order were Alberta, Atlantic Canada, BC and Quebec . . . The rate of exit has slowed somewhat, but it has not stopped. Right now, Alberta has emerged from the pack as the number one recipient of migrating Ontarians.”

He said provinces like Alberta will be a big gainer because the cost of living is lower and “the living is easy.”

“As a former Albertan, born and raised and lived there for many years, it’s a nice place to live. The climate may be a little harsher than southern Ontario but not materially. People are outdoorsy, and they adapt.

“When I started in this real estate industry, which was right around 2000, Calgary was the second most expensive city in Canada . . . It went to Vancouver, Calgary, and Toronto. Now home prices are half of what they are in Toronto and Vancouver. But that could change. You continue to see the economic boom brought on by $100 oil, and if the Alberta Advantage continues to draw people from elsewhere in the country, you could see home prices in Calgary and Edmonton escalating at a rate above the national value.”

Don Kottick, President and CEO of Sotheby’s International Realty Canada, said the trend of people from B.C. and Ontario moving to Alberta will likely continue into the foreseeable future.

“In terms of affordable markets, Montreal, like Calgary, is leading the way, and I guess there’s a great standard of living, a high standard of living; you couple that with the lower cost of living, I think Alberta will continue to be a destination,” Kottick says, adding a million-dollar home in Alberta gives a homeowner much more home than one that’s priced the same in Vancouver or Toronto.

Recognizing the discrepancy in home prices, the Alberta government launched its Alberta is Calling campaign in the Toronto and Vancouver markets to attract skilled, educated and motivated talent to consider moving their careers and future west.

The campaign highlights the many cost-of-living, career, and lifestyle advantages of life in Alberta, including:

The campaign cites CREA data on home prices in Alberta and the Demographia International Housing Affordability study, released in March 2022, which named Edmonton and Calgary among the top 10 most affordable housing markets when compared to 92 major cities around the world.