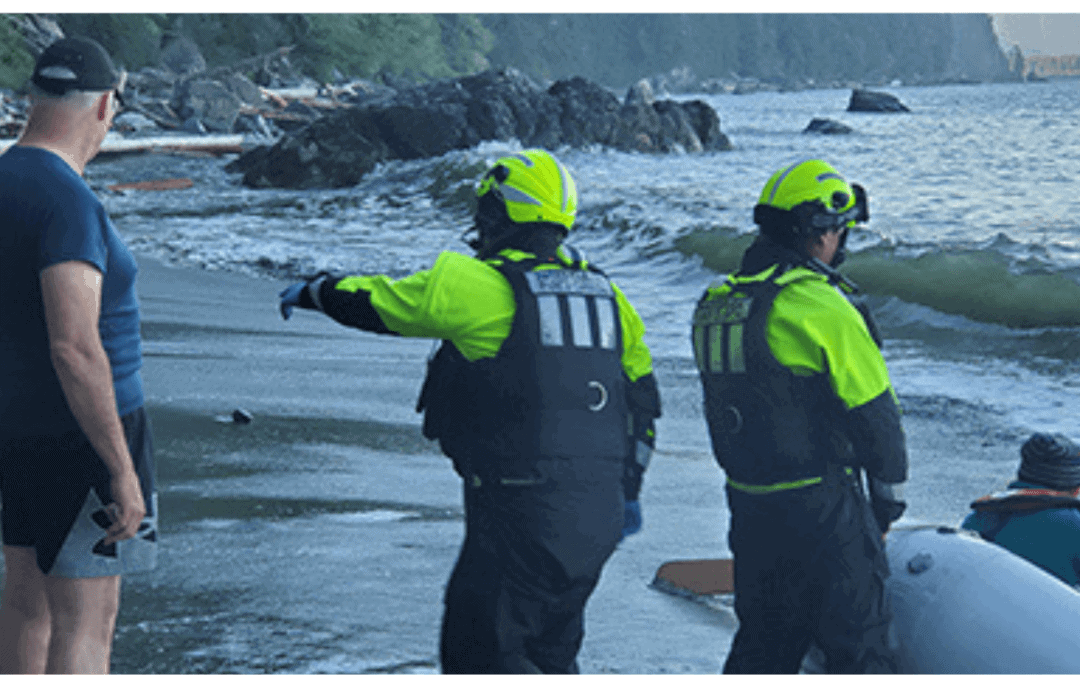 The West Coast Trail is a famously scenic but gruelling hike that most people allow eight days or more to complete. There are slick rocks, creek crossings, steep ladders and precarious slopes.

Ken Welte, a Realtor with Sutton Group – West Coast Realty (Nanaimo) and a Search and Rescue (SAR) volunteer, was hiking the trail for the first time recently when he encountered a woman who had injured her ankle badly enough that she could not continue. No one in her group had first aid training or a satellite phone.

After being asked by a member of her group, Welte assessed her injury and used his satellite phone to contact his wife, Laura, to handle the evacuation communications.

“For efficiency, Laura and I have a specific protocol for handling medical emergencies when I am in the bush and using my satellite,” says Welte. “We already have a plan put together and all I have to do is fill in the blanks on who the casualty is, the situation and how quickly I need that person to be evacuated. We’re big into preplanning. Laura is also a SAR member and usually works in Command (which is like a mini 911 call centre). She easily got in the groove for this evacuation.

“I contacted Laura about the injured hiker that I was going to be evacuating,” says Welte. “Within 15 minutes we had all the necessary information about the injury and the casualty’s age and basic medical condition. Laura then spoke directly with the paramedics who would handle the evacuation. I told the group they should expect to spend the night and get their shelters set up; however, Laura quickly texted back that rescue would be there in 40 minutes.”

Parks Canada advises hikers it could take as long as 24 hours for help to arrive. Ken and Laura managed to have the hiker evacuated in just two hours.

The rescue was orchestrated using Welte’s iPhone and Zoleo satellite device powered by a solar panel and battery pack. He uses the solar panel to charge the battery while setting up camp, then charges up the devices overnight. He has a decade of first aid experience and has volunteered with St. John Ambulance for three years and SAR for six years.

The injured hiker was evacuated in just two hours.