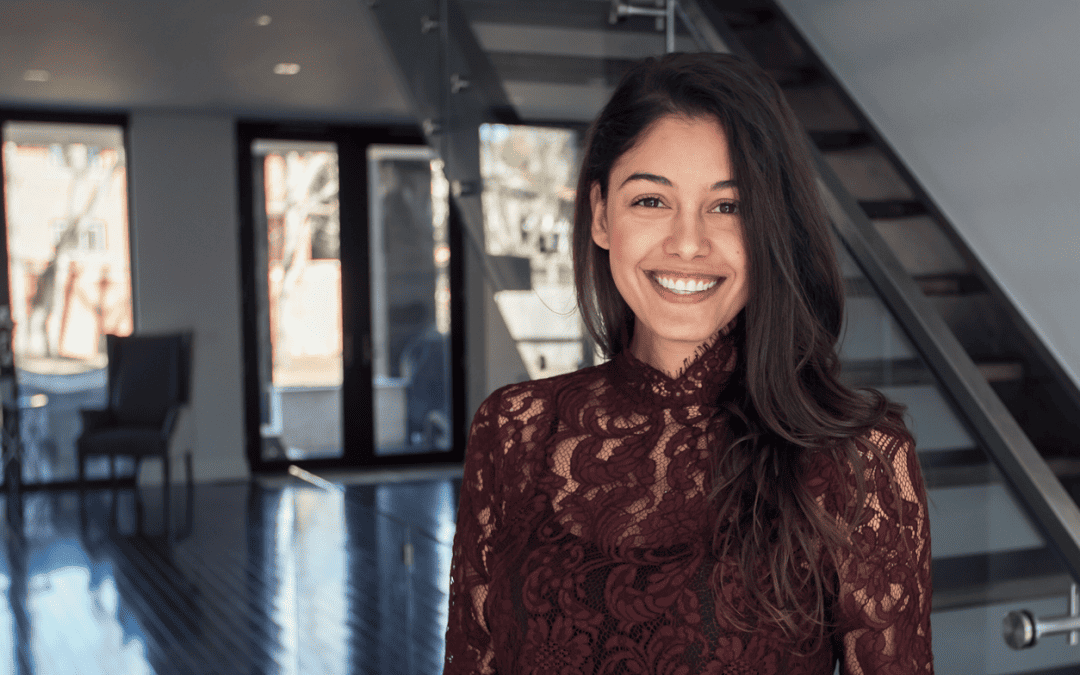 When REM last wrote about April Del Monte almost two years ago, the former Bachelor Canada contestant, a sales rep with boutique brokerage Stomp Realty in Toronto, had just rolled out her first book, How to Thrive as a Real Estate Agent. It became an Amazon top seller in several categories, and has recently made its way to Chapters Indigo in Canada as well as Barnes & Noble in the U.S.

Now she has reality TV stars from shows like Selling Sunset writing book blurbs for her latest self-published guide to success in real estate sales. Her second and latest book, The 6 Figure Realtor: Accelerator Program, was launched on Amazon in February. It’s a step-by-step workbook, building on the foundation of Del Monte’s first book as well as on a virtual mentorship initiative she’s designed, leveraging her climb to success.

“I saw the need – often of young women – for mentoring in real estate. I can only mentor a handful of people at once and costs can be prohibitive for them. My mentorship program is doing well enough that I sort of had to turn it into this book.”

Del Monte has never actually met Selling Sunset’s Chrishell Stause, an Oppenheim Group Realtor and sometime soap actress featured on the hit Netflix series about selling luxury homes in Los Angeles. Nevertheless, Del Monte sent pre-publication manuscripts of both her books to Strause for a promotional review. And Strause was kind enough to oblige. (“A fantastic guide for any new Realtor looking to navigate through this business and jump start their career!”)

Del Monte, who was frontrunner on the 2014 season of the Bachelor Canada, says she feels connected to Strause due to their mutual experiences in the world of reality television.

“Watching Selling Sunset, I thought to myself, ‘That’s the show I should have been on,’” Del Monte says with a laugh.

Back when she was stepping out of a limo in a Jessica-Rabbit-style red gown wowing Bachelor Tim Warmels, she was April Brockman. She has since married and had children (not with Warmels – after their season of The Bachelor aired, their relationship was over in less time than an all-inclusive vacation).

Pregnant and nearing her due date at the time of this writing, Del Monte is grateful to be working for a brokerage that believes in supporting and empowering women. She’s doing what she can to pay that forward, focusing on mentoring and the recent launch of Women Who Thrive in Real Estate, an online community she’s created for women in the industry.

“My hope is that you’ll feel as though you’ve found your tribe here…We can join in sharing stories and experiences with the intention to support, inspire and empower one another within our own careers,” is her opening online welcome to women visiting the Women Who Thrive in Real Estate website or accessing the content through social media.

The website features a series of interviews Del Monte has conducted with women who’ve made a name for themselves in the business (quite a few of them were given a leg up by reality television), among them Million Dollar Listing’s Kirsten Jordan; multi-millionaire motivational speaker/author Elena Cardone; and fellow Realtor and Bachelor alum Kate Gallivan.

A question Del Monte asked the latter was, “What’s one thing you wish you could go back and tell yourself on day one as a licensed Realtor?”

Gallivan’s response was, “Stop wasting time with male clients who have no intention of buying and just want to date you!”

Del Monte admits that this type of unwanted attention was something she too sometimes experienced after her stint on the Bachelor franchise. (“I had to get good at vetting and being discerning re clients”), although she says the show benefited her career in many ways.

Things tend to be worse for American Bachelor alum, she says. “One of my friends from the U.S. side was the Bachelorette, and she was a Realtor. She quit the business due to the amount of people who were wasting her time, having seen her on the show.”

When conducting the interviews for Women Who Thrive in Real Estate, Del Monte tries to ask the sort of questions she’s often asked herself.

“A lot of women ask me how to stay motivated in this dog-eat-dog industry. They feel the lows of this business, which can be discouraging. Stay engaged. Ride the momentum until the next sale.”

Rookies and seasoned agents alike need to be prepared to “pivot” and adapt to change in their career, she says.

After a dozen years in real estate, Del Monte hasn’t forgotten her rough start, when she was broke and feeling frustrated and alone. She insists that the most important thing a new agent can do is find a mentor, or a supportive brokerage at a minimum.

“I also think being part of a team is a great way to start establishing yourself.”

When it comes to what can be done to support women in the industry and elsewhere going forward, Del Monte has previously been quoted as saying that a step in the right direction would be increased flexibility in work schedules and the ability to work remotely – both changes that the pandemic has now spurred along.

In many ways, oddly, “COVID is actually helping Realtors,” says Del Monte. “The ones I see suffer are those who come into the business and aren’t with a brokerage that backs them.”