At 95, Daniel Gargarella is still selling 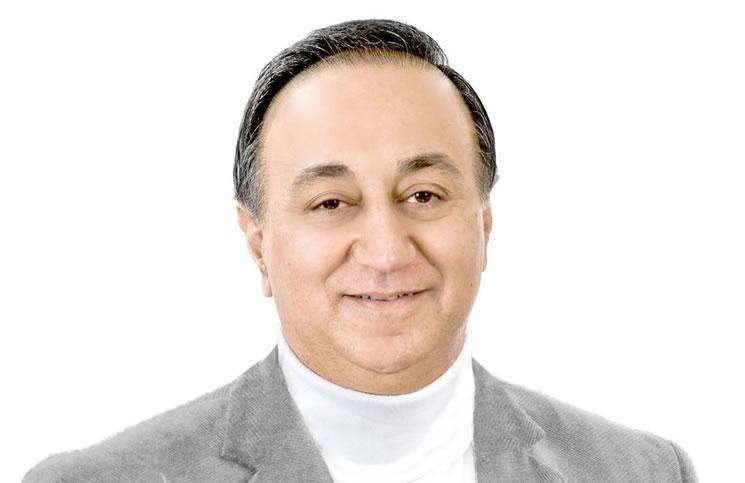 In the late 1970s and early ’80s, fax machines hit the streets to mixed reviews in the real estate world. Some salespeople struggled with the technology, seeing it as something that would bring an end to important face-to-face transactions.

Others saw it as it a tool that would benefit the industry. Daniel Gargarella is one of those Realtors.  One of the top-selling salespeople in Etobicoke, Ont. for decades, Gargarella took to the fax and the dawn of the computer age in the 1980s.

“They (computers) saved us a lot of time running around,” he says, noting that TREB’s free computer courses helped him build a foundation for using the new tool to improve business. “I always kept an open mind.”

Still selling real estate, Gargarella, 95, might be the oldest Realtor in Canada. He operated Daniel Gargarella Real Estate from the 1960s to 2015 before shifting down a gear to hire on as an agent for Royal LePage Elite Realty in Mississauga. “My lease ran out and it was time,” he says about closing his brokerage when he was 90.

Today, armed with his briefcase and laptop, Gargarella continues to canvas homes daily for Royal LePage Elite. He says he started his routine when he was in his 20s, working as a sales agent for Peters & Wiles Real Estate, selling houses primarily around Toronto’s St. Clair Avenue West in what was then fledgling Little Italy.

It was a time when agents didn’t require a license, but while there was potential to make a good buck in the field, it was a struggle in the early days. Making that important first sale was incentive to carry on. “The commission covered a month’s rent, food and clothing.”

He recalls many buyers in Little Italy telling him that they paid too much – often $35,000 to $38,000 for their homes. “I told them no, the future looks good. Some day you are going to make a lot of money on your homes and it turns out they are getting well over a million (dollars) today.”

Gargarella hasn’t always been in real estate. In the 1940s he spent a few years in the army before taking a job in administration with the Ontario Provincial Police.  But the salary was low, forcing Gargarella to live on a shoe-string budget to cover his living costs. He rented a 2.5-room flat in Toronto for $60 a month with “the love of my life”, wife Evelyn and their first of three children.

“One day I was told I could make more money in real estate so I took a job at Peter & Wiles for $50 a week (plus commissions).”

He went on to become a successful sales agent before choosing to open his own brokerage in Etobicoke. It was a logical move. The hard-working broker continued to knock on doors and he cultivated relationships with big developers in the then-young Etobicoke where new subdivisions were springing up. He quickly rose to become one of the top selling Realtors in Central Etobicoke.

But in 1980 tragedy struck when Evelyne died, leaving him to juggle a busy career and raise his family. It was a difficult time that got worse. One of his sons was disabled and had to be institutionalized. Two years later his oldest son was diagnosed with multiple sclerosis and confined to a wheelchair.

“I recall Daniel had breakfast with his son every morning until his passing in his late 40s,” says Vince Tersigni, long-time friend and broker of Royal LePage Elite.

In the ensuing years, Gargarella took on a number of committee posts with the Toronto Real Estate Board, including chairing the Professional Standards Committee. “I wanted to give back for what they had given to me all of those years.”

Tersigni, 69, met Gargarella when the younger man was starting out as an agent for a nearby brokerage in the 1970s. “We mingled but he was the king of the neighbourhood. He had so many listings that if you wanted to sell something you practically had to go through Gargarella,” says Tersigni, adding that Gargarella was and still is quick to help young Realtors learn the ropes.

“Here at Royal LePage Elite they seek his advice all the time. He’s the old man with the answers.”

Gargarella says making a living in real estate in the 1970s and ’80s was easier than now because there was less competition. Brokers limited the number of agents under their roof. Royal LePage’s biggest offices had 25 or fewer agents, adds Tersigni. Moreover, regulations didn’t allow for part-time agents and the commissions of six per cent on MLS and five per cent for exclusive listings were not discounted.

The two see change in the industry coming that is not all for the better. Many young salespeople have technology smarts but lack industry experience, they say. More Realtors work from their homes and vehicles. Put time in with experienced Realtors, Gargarella advises, “because they can help you through rough spots.”

Tersigni agrees. While technology can speed up transactions on many levels, the lack of face time can go against a Realtor in the long run, he suggests, noting that the experience of meeting people can’t be underestimated.

Gargarella has other advice for young Realtors starting out. “Your first sale will tell you whether you are going to like the industry or not but do the business not because you think it is a good way to make a buck. Build yourself a solid reputation and you will be proud of your achievements.”

Don Procter is a contributing writer for REM.