Carl Porritt: After 60 years in the business, it’s still fun 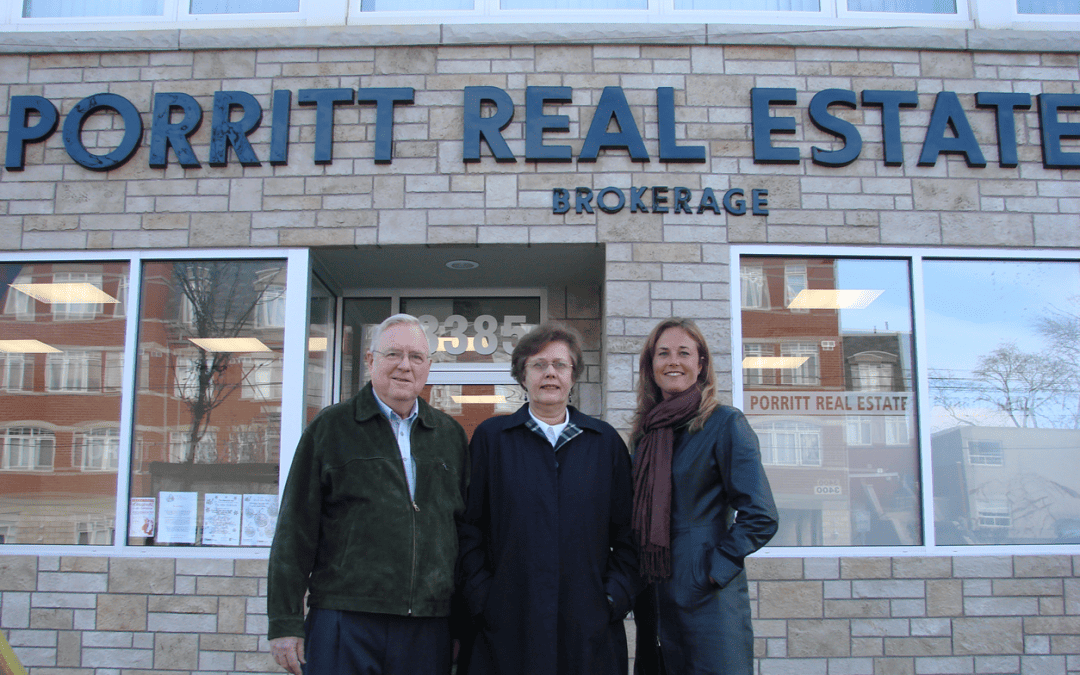 A 25-year pin, membership in the 25-year club and an invitation to dinner. That’s what Toronto sales reps who are members of the Toronto Regional Real Estate Board (TRREB) receive after a quarter century in the business. The recognition is similar after 50 years.

But what do you get after 60 years? Carl Porritt of Royal LePage Porritt Real Estate Brokerage Etobicoke is curious because in February he’ll mark a whopping six decades in the business.

“We were talking to the past president the other day and she was going to see if they have something,” says Porritt, adding he’d be happy with another pin.

Not many sales reps have lasted that long.

Porritt says he was told he was the youngest to ever get the 25-year pin, and when he got the 50-year pin he was one of only about 30 others.

Asked if he knows anyone else who’s been in the business as long, Porritt takes a long pause. “There’s got to be, but I don’t know anyone.”

His longevity in real estate can be traced to the fact that he started when he was just 21. “I always tell the story that back then, I knew one other guy in real estate under 40 in the city of Toronto,” he recalls. “It was an old guys’ game.”

Porritt’s daughter Shelley Porritt, who followed in her father’s footsteps (she’s now broker of record at Royal LePage Porritt) and credits her father for all she’s learned, says she is amazed at the changes her father has witnessed over the years.

“When my father got into it, everybody knew everybody, it was such a small industry back then. Now, nobody knows anybody.”

Porritt never planned a career in real estate. He started as a mechanic but when an uncle who worked in real estate suggested he join him in the business, he made the switch. It didn’t take much to get a license back then. He says he went down to Queen Street (in Toronto) picked up the “blue book,” read it, then paid $5 and got a salesman’s license. (He later took courses to become a broker).

He says it was hard being a young sales rep but that he was always honest. “If I didn’t know the answer to a question (from a client) I’d say I didn’t know and I’d find out and call them back.”

Now Porritt is the one with the experience, and he has no shortage of unusual anecdotes from years in the business.

In the late ’60s, a client who bought a house didn’t have enough to pay the commission so in lieu of money, he gave Porritt his trailer home. “I used the trailer a few years and then sold it,” he says.

One of his colleagues joked about the transaction, but it wasn’t long before the tables were turned. One day, Porritt noticed an unfamiliar vehicle in the office parking lot. “I said ‘Len, what’s that truck doing in the parking lot?’ and he said, ‘I sold a house and the guy didn’t have enough for commission so the guy gave me his truck.’”

Then there was the time a client came in with a deposit of $2,000 cash in a brown paper bag. “We gave him a receipt and put the money in the bank,” says Porritt.

Things have changed. “We can’t take cash deposits anymore,” he says, “and we wouldn’t be able to take a trailer.”

“In the late ’60s I sold a house and a shotgun was the deposit,” says Porritt. It seems a neighbour wanted to buy a house Porritt listed but he didn’t have money for the deposit. “The seller said the neighbour had a shotgun that he wanted. So I had the buyer give the seller the shotgun and I wrote on the offer, ‘$200 cash deposit held by seller.’”

The days of offers accepted by telegram and fax are gone and Porritt doesn’t fly out to Montreal or drive to North Bay just to present an offer as he has done in the past.

At one time, Sunday was considered a day of rest. “In those days it wasn’t legal to sell houses on a Sunday. It was nice when we had Sundays off because you had a day with your family.”

As for technological innovations? “It’s good, but we don’t get to negotiate like we use to. We lose the personal touch,” says Porritt, who says he used to enjoy getting together with the other agent and the seller to discuss the offer. He considered that the “fun part of the business.” E-mail has changed that.

Despite all the years of hard work, he and his wife Elizabeth (also a real estate sales rep) managed to find time to volunteer with (and sponsor) community hockey, baseball and lacrosse. They also founded the Long Branch Business Improvement Area 27 years ago, and started the Etobicoke Lakeshore Christmas parade around the same time (guess who played the role of jolly ole St. Nick for 23 years?) In 2012 the couple was awarded the Queen Elizabeth II Diamond Jubilee medal for their volunteer work.

Porritt, who still has all the archives from his early real estate days and plans to donate them to TRREB, now divides his time between trips to the cottage and down south. But he hasn’t stopped working.