How past recessions have impacted B.C.’s housing market 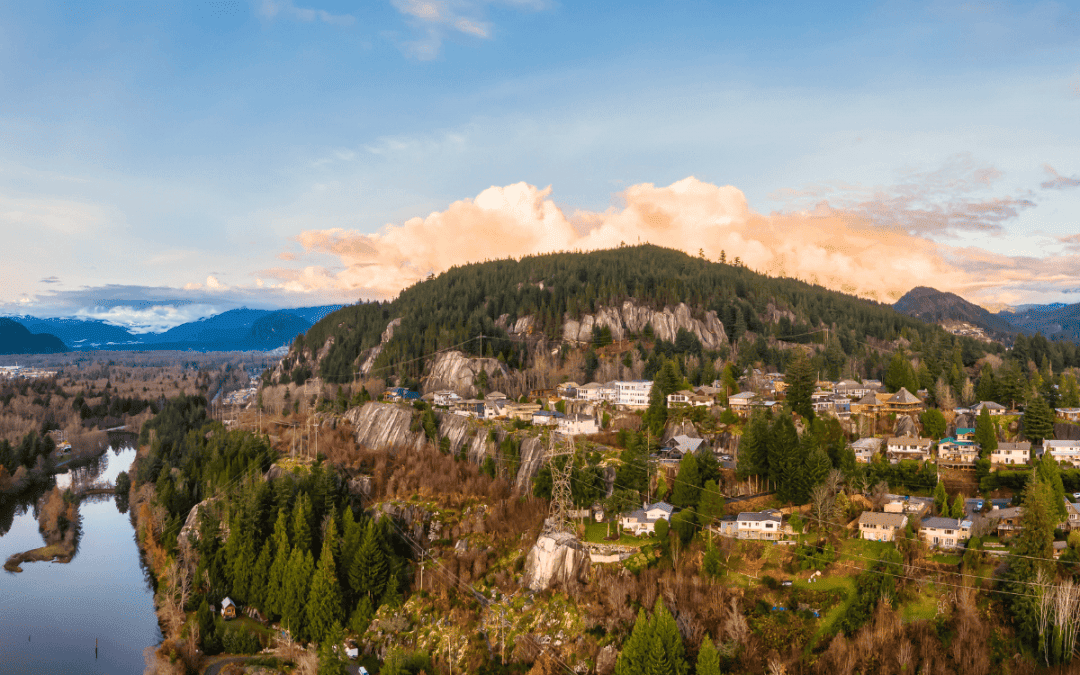 As the Bank of Canada prepares to announce what is anticipated to be its eighth consecutive rate hike on Wednesday, concerns are growing that the move could trigger a recession in the country.

The expected increase of 25 basis points would bring the overnight lending rate to 4.5 percent, a level not seen since 2007.

As the country braces for the potential economic fallout, the British Columbia Real Estate Association (BCREA) has released a new market intelligence report, A Guide to Recessions and the BC Housing Market, offering insights on how the province’s housing market has been affected by past recessions.

BCREA’s Chief Economist, Brendon Ogmundson, also explores how the BC housing market may perform during a potential 2023 recession.

Omgundson notes that there have been four Canadian recessions since 1980, including most recent one caused by the pandemic. With the exception of the unprecedented and brief COVID-19-induced recession, the typical Canadian recession typically lasts between eight and 25 months and is marked by a decrease of about four per cent in real GDP and a significant increase in the unemployment rate by 4.5 per cent.

The report cites historical records from the 1981-1982 recession, which show B.C.’s economy saw a contraction of 6.4 per cent and a significant increase in the unemployment rate by nearly 10 points, considered the worst recession on record for the province.

However, estimates indicate that during the 2020 pandemic-induced recession, there were months in which the economy contracted by over 10 per cent.

In contrast, the 1990-1992 recession saw modest growth in real GDP but an increase in the unemployment rate to nearly 11 per cent.

The 2008-2009 Financial Crisis and recession saw the B.C. economy peak in November 2008, contracting by 3.7 per cent over the next 12 months with an increase in the unemployment rate of more than four points.

The report explains that sales activity in the housing sector, which is sensitive to interest rates, typically begins to decline months before the official start of a recession.

Omgundson gives the example of the 1990 recession; sales peaked four months before the onset of the recession and had already reached their low point by the official start of the downturn.

In the 2008 recession, sales peaked 15 months before the official start and had similarly reached their low point by the onset of the recession.

The 1980-1982 double-dip recession saw the most extreme fluctuations in sales activity among recent recessions.

The 2020 pandemic-induced recession was unique in that sales fell less compared to other recessions before experiencing a significant post-recession boom.

The report notes that overall, there is some variation in how home sales in the province respond to recessions; historically, sales decline by 50 to 70 per cent from the pre-recession peak and remain at that level for at least one year before gradually recovering.

Currently, Omgundson says the housing market aligns with the patterns seen prior to the onset of past recessions, with sales falling by approximately 50 per cent from a record high at the start of 2022 and remaining 25 to 30 per cent below historical averages.

The report highlights that prices tend to follow a similar trend to sales in the months leading up to a recession.

During the 1981-1982 recession, prices fell for almost two years after the official start of the 1981 recession; this was following a period of significant price appreciation.

In contrast, after the onset of the pandemic, prices bottomed out in May 2020, only four per cent below their February level, before experiencing a significant increase. 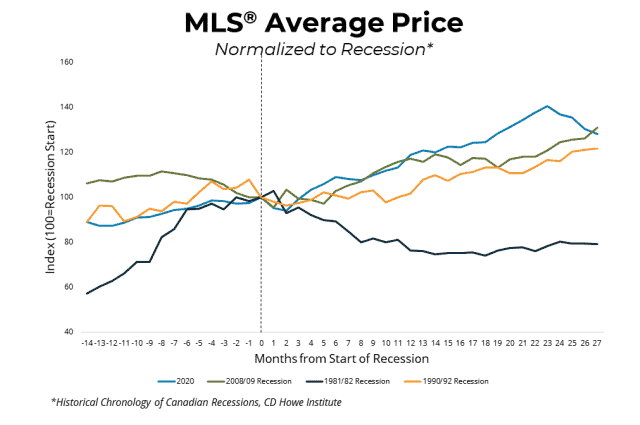 Similarly, economists at the association expect prices may decrease in the coming months based on their model. However, they say it is worth noting that prices have followed different patterns in the past after rate tightening.

“…if the Canadian economy finds itself in recession this year, it may come at a time when the B.C. housing market is already at a low point,” the report states. 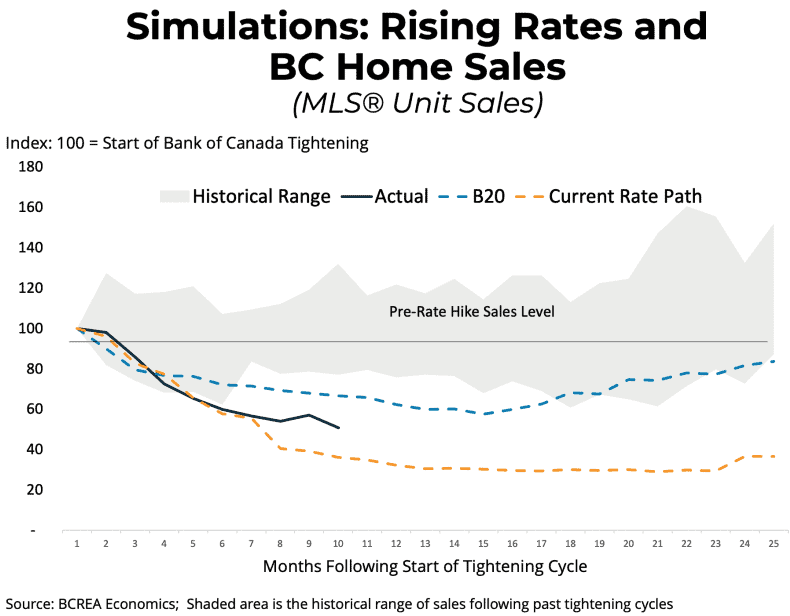 “We know from history that home sales post strong recoveries in the year following the start of a recession as the economy heals and the impact of falling interest rates unlocks demand.”

The authors add, “Importantly, any recovery is predicated on a continued decline in bond yields and fixed mortgage rates through 2023 in anticipation of the Bank of Canada easing monetary policy.

“While the housing market and the economy may experience a temporary downturn over the next year, there will be no shortage of demand for housing in the future.” 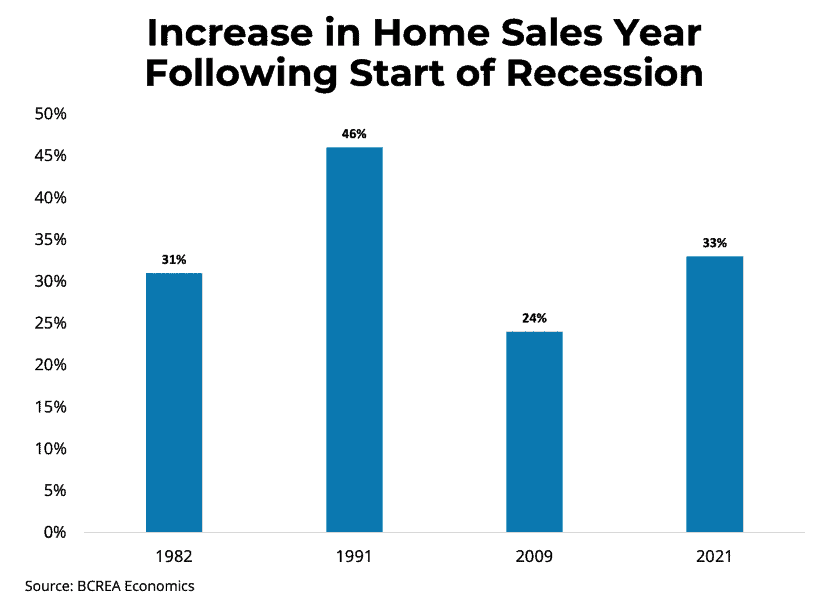