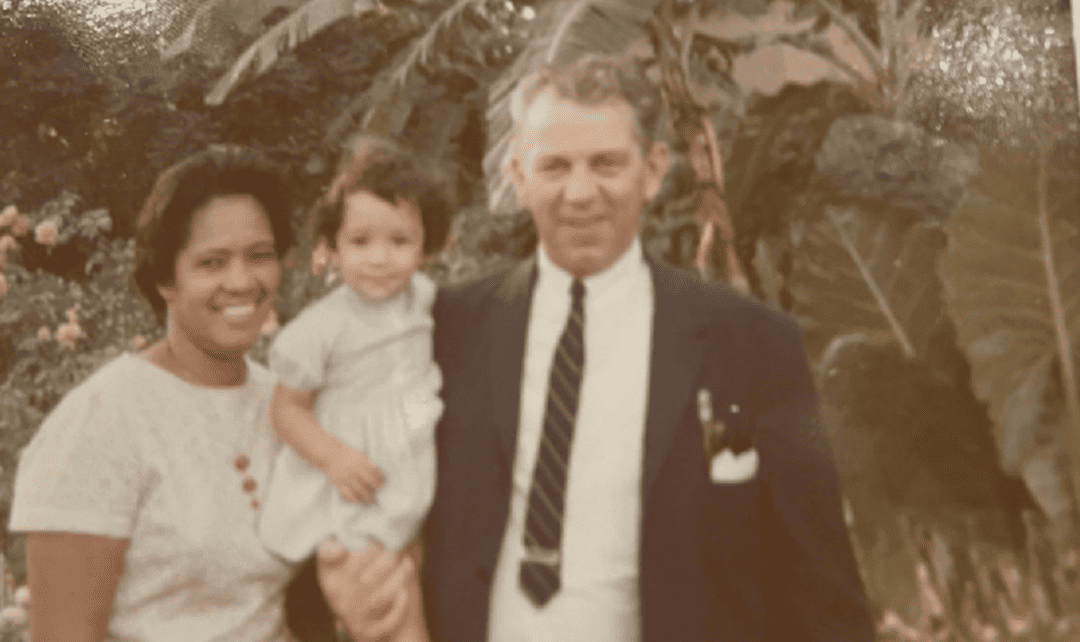 It wasn’t until she was in her 20s that Marcia Alderson found out her mother Yvonne was a badass, and that, to her surprise, racism exists in Canada.

The broker with Keleher + Co., Royal LePage RCR Realty in Collingwood, Ont., who calls herself a “beige” child of a Black Jamaican nurse and a Caucasian father, says she grew up in Toronto, unaware of and untouched by racism until she heard her mother’s story.

Now, Alderson is telling that story whenever she has the opportunity, whether by megaphone at a Black Lives Matter gathering, or most recently through song. Alderson and her band, QueenM, recently released Colour of Her Skin, its first original song.

Alderson’s first foray into song writing tells the story of her mother, who tried to buy her first house in Scarborough in the 1950s. The builder refused to sell it to her because of the colour of her skin, says Alderson, relating the story her mother told her one night when they were talking about racism in the United States. “My mother told me racism exists here too,” says Alderson, whose response was: “Really?”

Yvonne took the builder to the Human Rights Commission, won and got her house. She was in her 30s and single. “I found out my mother was a badass,” she says. “The sales agent who my mother described as the nicest and whitest man in Canada was outraged by the builder’s actions and testified for my mother.”

He stepped up, knowing that his job would be on the line. The builder fired him. “A few months later my mother and the nicest and whitest salesman in Canada started dating, got married and made me,” says Alderson, who was born in 1965.

Her father, George Hubbs, died in 1982 when she was 17, after working in real estate for over 25 years. He was with Royal Trust Real Estate. Yvonne passed away in 2018.

“She was beautifully treated in Scarborough,” says Alderson, who was born in Jamaica and came to Canada when she was about a year old. She followed in her father’s footsteps, becoming a Realtor in 1985 and working in Scarborough/Pickering in the GTA before moving to Collingwood in 2006. She joined Keleher + Co. in 2016.

Real estate and music tie in beautifully, says Alderson, who is known as the Singing Realtor. “I never met a microphone I didn’t like.”

Whenever there is a microphone, and even better, a band, she takes the opportunity to sing. She was in Kelowna in September at the Royal LePage Chairman’s Retreat, and she says, as luck would have it, there was a band and a microphone. She performed for the top agents at Royal LePage. “I tell the story before I sing.”

She donates through concerts, a recent event becoming a fundraiser for the Royal LePage Shelter Foundation, which she says is “near and dear to my heart.”

A Christmas concert tip jar and the $800 in it went to aid a local women’s shelter.

“It never crossed my mind to write a song,” says Alderson. She and her band had been together for three years calling themselves Motown and Marley but recently renamed itself QueenM (Alderson’s nickname) and decided it needed to create original songs.

She had never written before, but lead guitar Craig Smith (songwriter, recording artist and producer) encouraged her to put down some thoughts. She awoke in the middle of the night, with “privilege and palm trees, land of ice and snow” in her mind, raced to the computer and “other lines started to flow. I had an entire page of lyrics in 40 minutes. Craig helped sculpt and put music to the lyrics and we recorded it the same day.”

Alderson shared the story of how her parents met with her own son in 2020 at the time of George Floyd’s murder. She says her son thought the story about his grandparents was really cool. For Alderson, their story is proof that racism can be overcome when people stand up to it.

The band was able to play throughout the pandemic on an outdoor stage. “We are so lucky. Blue Mountain has made a huge difference,” says Alderson.

Queen M has two gigs there this month (March 19 and 27) and summer event planning in the works. Friends, clients and colleagues descend on Collingwood to see their concerts. “We would also like to do a real estate conference or two,” she says.

The band is putting the finishing touches on its next song and video. Along with Alderson and Smith, Queen M includes percussionist Bam528, who grew up in Detroit and hung out at the Snake Pit at Motown Studios, and bassist Kyle Dreany, previously of Sudbury rock band Superstack.

The band has hired a publicist and Colour of Her Skin is already on the exclaim.ca playlist. “I was excited to see it was on the same playlist as Cowboy Junkies. Margo (Timmins) is one of my dearest friends.” But she says it wasn’t until Smith told her that “exclaim.ca is the Rolling Stone of Canada” that she realized the significance. A few days later, the song was picked up on CBC radio play and has since gained international attention on a U.K. online radio podcast.

The song continues to gain traction and the band followers and fans.

“My hopes for the song and story is that it’s one of these things that happened in the 1960s but is still happening today. I want to make people think. Everyone has biases.”

Colour of Her Skin is available on all streaming sites, including Bandcamp. For information about the band and videos, visit www.queenm.ca, Instagram, or Facebook.