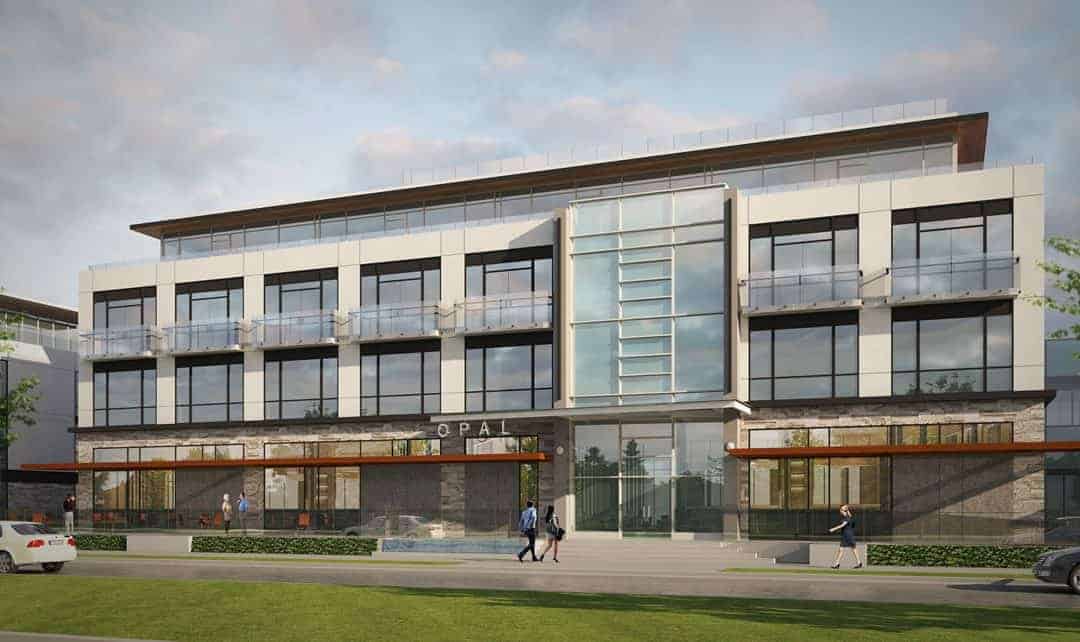 A Vancouver seniors’ community is giving new meaning to the outdated concept of old folks homes while stopping real estate speculators in their tracks.

Opal, a 130-unit project that is set to open in early 2019, provides an “aging in place” concept that allows older adults to go from independent to assisted living to licensed complex care as needed, all in a single place.  In addition, the development will have an intergenerational living approach in which family members from different generations can live together. One occupant per unit must be 55 or older.

“We are hoping for this vision to become as common as condominiums have become in place of single-family homes,” says Candy Ho, co-founder, director and vice president, brand development and communications at Element Lifestyle Retirement, the Vancouver-based company that is developing Opal.

The idea is “to contribute and add value to this industry by building according to a more progressive, innovative model instead of the outdated 60-year-old model of old people living with old people,” says Ho.

Instead of just offering rentals or condos as is common throughout the industry, Opal is operating with a hybrid model in which both condos and rentals are being offered. It will have 44 residential condominium units, 56 rental units and 30 complex-care units.

Element has also taken steps to avoid the empty-condo syndrome that is prevalent in Vancouver. Investors and speculators are blocked from buying at Opal.

Condo buyers put down 25 per cent deposits and sales are not finalized until buyers move in. Buyers are screened for their levels of health and wellness and there’s a mandatory service agreement that requires buyers to be occupants.

“We are actually trying to meet (people’s) needs and desires and allowing speculators to hold empty units for years that could be beneficial to others defeats that purpose,” Ho says. When units are empty “there’s no life, no vibrancy and all the programs we put in place will not be used.”

Element only offers Realtors referral fees instead of commissions. That’s because “nobody can understand what we’re offering as well as we do,” she says. “It’s really complicated. We can’t afford to have it misrepresented.”

Although it is not due for completion until next February, 91 per cent of the condos have been sold, 98 per cent of rental units are reserved and there is a list of people who may need licensed care. That’s far ahead of the industry average, in which it typically takes two or three years for a retirement residence to fill up after opening.

Condos sell for $1,250 per square foot on average, with prices ranging from about $750,000 for a small one-bedroom to about $1.9 million for a three-bedroom unit.

As with other condos, owners pay property taxes, utilities and condo (or strata) fees. However, they also pay a mandatory additional membership fee, akin to being in a private club, that covers a full recreation, wellness and lifestyle program and 30,000 square feet of amenities. It costs $1,188 per month for the first occupant and $658 monthly for each additional occupant.

The program includes instructor-led exercise, music and experiential culinary programs such as wine tastings and pizza making from scratch. Facilitated childhood educators’ programs will bring together seniors and children so that seniors can pass on life stories and experiences and teach traditional skills, while their children can pass on their expertise on topics like social media. There are also recreational group outings and private transportation service for personal appointments.

Rentals go for $12 per square foot and include meals, recreation and outings.

Opal spans a city block, on King Edward Avenue near Cambie Street and is comprised of three inter-connected buildings, one with six storeys and two with four storeys each. It’s located on the Cambie Corridor, an area undergoing rapid densification in which condo developments are replacing single-family homes. Opal’s site once contained eight single-family homes.

Element is also developing Oasis, a planned 950-unit development in Langley, B.C. that will include four 20-storey towers and three four-to-eight-storey buildings to be built over the next seven to 20 years, and Aquara, a 161-unit, intergenerational aging-in-place residence near downtown Victoria.

Ho notes a “silver tsunami” is coming and there are already huge waiting lists for licensed care for seniors in non-profit, government funded or private facilities. She says it took 10 years to get her late father-in-law, who had Parkinson’s and Alzheimer’s, into a licensed care facility – which ended up being a three-hour drive away from family. “That’s the situation most people face because of the lack of supply.”

Ho, who grew up near the Opal site, originally came up with the idea for the development while looking for a spot for her parents, including her mother who has Parkinson’s disease, to age in place. (Ho’s father, Element president and founder Don Ho, pioneered the aging in place retirement living concept.)

Ho hopes the aging in place/intergenerational living concept of seniors housing will grow but admits the business model is very complicated. “You have to have the will to manage complexity and not be primarily only profit driven.” The desire to both contribute and to have sustainable profits should be about equal, she says.