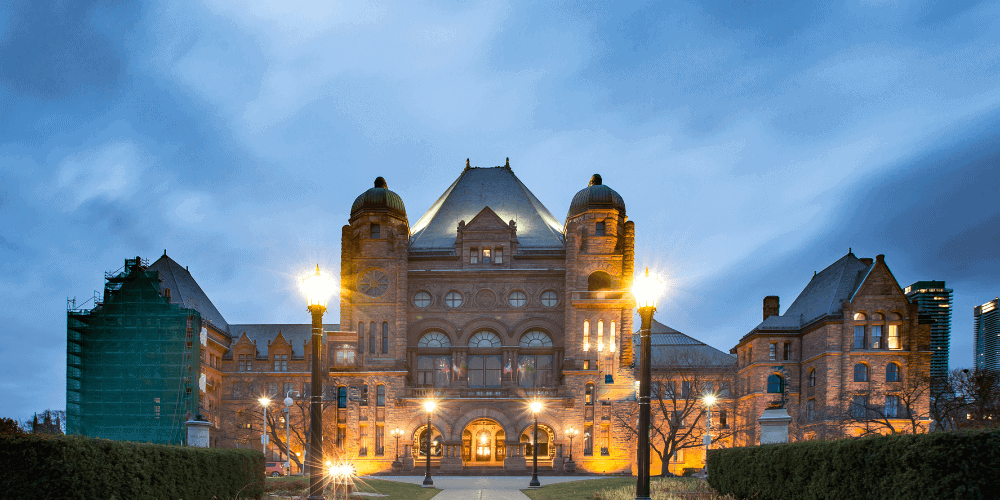 When it comes to lobbying for change at Queen’s Park, nothing happens by chance. It takes years of hard work, smart strategy, excellent research, and many resources. The return on the investment that good government relations can deliver is huge, and the last seven years of advocacy at the Ontario legislature have proven it.

In 2016, the OREA Board of Directors decided to become more active in advocacy, louder, and more informed. The loss of the OREA Real Estate College allowed us to re-focus on our core products and services, including advocacy, Standard Forms, Leadership Training, and guidance for realtors.

The Board also set goals to create the next generation of Ontario homeowners, more affordable housing options in the marketplace, the highest professional standards in North America, and more business tools for realtors.

So, when some unexpected challenges hit the profession later that year, we were ready because we’d done our homework and had some ideas already on the table. That was the year, you will recall, when home prices and housing supply started to show up as a major problem for working families.

That was also the year that the question of professionalism in real estate was starting to make headlines. CBC Marketplace had just published its investigation, which showed some real estate agents breaking the rules in an effort to double their sales commission.

Instead of ducking the story or blaming a few “bad apples,” OREA took a hard, public stance against unethical behaviour. And when the province began actively considering ending multiple representation, which would have eliminated a consumer’s ability to always choose the realtor they know and like, we convinced the government to maintain consumer choice and modernize the Real Estate and Business Brokers Act (REBBA).

We struck the REBBA Review Taskforce to do a top-to-bottom review of our legislation with the goal of making Ontario a leader in North America when it comes to professional standards. That work generated our 38 recommendations to the government fed by over 4,000 suggestions and comments from members about how the laws needed to be updated.

Heading into the 2018 Ontario Election, we launched our largest advocacy campaign to date –- a $1.2 million ad campaign called Keep the Dream Alive, which helped make housing affordability a major issue in that election campaign.

We invested in advocacy at OREA, growing our team, expanding our offerings to include things like the Issues Mobilization, boosting our presence in the media and hosting the best public affairs events in Canada – the Ontario Realtor Party Conferences in 2018 and 2019.

That work through 2017 into 2019 laid the foundation for a historic period of success at Queen’s Park for realtors – and for homeowners. Realtors have lobbied for and won four pro-home ownership and pro-realtor bills in the Ontario legislature in the last four years.

In 2019, the Ford government introduced the More Homes, More Choice Act – the first pro-home ownership bill in over a decade in Ontario. Later that year, an OREA delegation was on hand to witness Minister Lisa Thompson introduce the Trust in Real Estate Services Act, the first legislation to update REBBA in almost twenty years. That bill included some major wins for realtors, including personal real estate corporations (PRECs), specialty certifications, and stronger disciplinary tools.

We advocated for realtors to have access to the gold standard of personal incorporation, and with PRECs, we achieved that goal. Today, over 10,000 members in Ontario are taking advantage of PRECs and the benefits they provide, saving realtors and their families millions of dollars annually in taxes. That’s more money that stays in your pocket to put food on your family’s table or invest in your business to serve your consumers better.

We continued – and are hard at work today – advocating for our realtors and also their clients. The housing affordability crisis was looming larger and larger every year. But we stayed on offence, and in 2022, Minister Clark tabled his second housing Bill – the More Homes for Everyone Act. Another pro-home ownership piece of legislation realtors lobbied for. This bill cut red tape to get homes built for families who need them.

Then just last month, the province tabled its most ambitious piece of housing legislation to date with the More Homes Built Faster Act – Bill 23. This bill is acting on several realtor recommendations, including lower fees for new home buyers, starting to roll back exclusionary zoning, intensifying around major transit stations, and converting commercial properties into residential housing.

Realtors are changing laws in this province that will get 1.5 million more homes on the market over the next ten years. That’s more homes for young families to enter the housing market and more homes for our members to sell.

Ontario realtors are adaptable, dynamic, and resilient during tough times. Acknowledging all of our hard work in past years and with an eye to the future, now is a crucial time to get involved in advocacy. The work isn’t done, but none of that success happened by chance. It’s what we’ve been able to achieve together, and it’s the kind of return you get when you invest in smart, strategic government relations.

Tim Hudak is the CEO of the Ontario Real Estate Association, Canada’s largest provincial real estate industry association representing 95,000 REALTORS®. With a passion and voice for championing the dream of home ownership, Tim came to OREA following a distinguished 21-year career in politics, including five years as Leader of the Progressive Conservative Party of Ontario.

Stacey Evoy is the 2022 President of the Ontario Real Estate Association. Active in real estate for 18 years, Stacey is a Broker with Royal LePage Triland Realty in London, where she is a member of the London St. Thomas Association of Realtors, serving as a Director for eight years before becoming president in 2016.