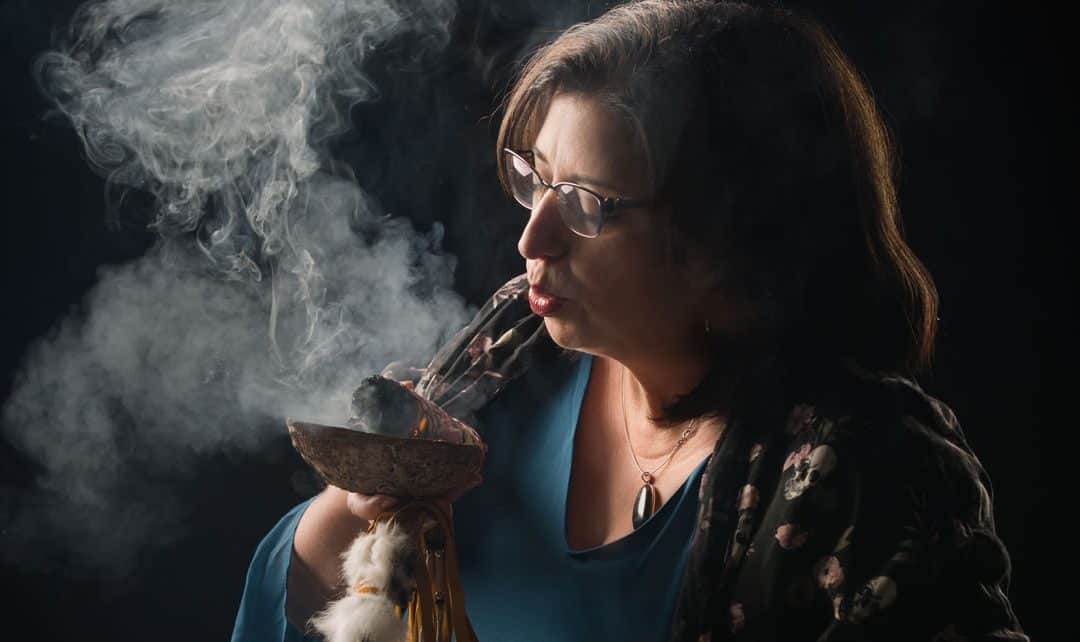 Who you gonna call for help with that house that’s lingering on the market?

Ford, founder of the InSpirit Centre in Georgetown, Ont., is a paranormal expert and psychic who offers workshops and specializes in (among other things) “spiritual house clearings,” which get rid of negative energy in homes and businesses, she says. Homeowners and real estate agents regularly use her services to provide a property with a positive energy boost, she says.

It’s not always about a haunting, she adds, well aware there are sceptics. Sometimes the purpose is just a pick-me-up. “Not every time a light flickers does it mean there’s a ghost,” says Ford.

She says that real estate salespeople “will often book clearings for properties that are not seeing enough activity, or where there may be an issue with the homeowners such as divorce, addiction, anger, prolonged illness or death in the home.”

She believes that a professional clearing refreshes a house and “should be an important step prior to listing for many properties.”

And that goes for new homes too. “It’s a myth that they can’t be haunted.”

Usually performed by a team, home clearings by the InSpirit Centre generally take about two hours. Techniques depend on the client and the situation and may include essential oil “protection” sprays; non-ceremonial smudging with sage, grasses or fragrant wood; and/or the ringing of Tibetan bells.

Says Carol-Ann Schneider, a broker at Realty Executives Investment Group in Oakville, Ont., “All I can tell you is that when I have a funny feeling about a house, when something feels wrong even though the house may be priced right and pulled together like a model home, I call the InSpirit Centre for a clearing and it works. I have them into my own house yearly. My son and husband think I’m crazy.”

Ford, who has been showcased in a documentary and featured in several television shows, says she was consistently voted one of the top paranormal experts in Canada by online Q&A site Yahoo Answers. She has always been drawn to the occult and recalls being able to see things others can’t since childhood, when she would chatter to a long-deceased aunt she’d never met and watch apparitions float up the stairs.

Along with her husband Mark, she started the InSpirit Centre seven years ago, after decades of working alone and with other psychics. She and her handful of staff provide a range of services, everything from paranormal investigations, mediumship and tarot readings, to Reiki relaxation therapy and crystal healing.

As for home clearings, she says that when she’s in a house where someone died, she can almost always tell in which room it happened without being told. (In fact, most people can, she says.)

Regulations vary around seller disclosure when someone has died in a house or it is reputed to be haunted. In Ford’s opinion, honesty is best. There have been cases in North America where the courts have allowed buyers of allegedly haunted houses to get out of the deal, but only if sellers didn’t disclose the information when they should have or misrepresented the property, she says.

“In the rare instances where a house cannot be cleared, sometimes it’s best to market it as a haunted house and seek the clients who are interested in that,” she says. “Embrace it. Promote it to buyers who want an unusual place to live. This is particularly true for properties that may be used as a B&B or other touristy type of business. A haunting can differentiate them from the crowd and be an attraction.”

More commonly recognized is that there’s a market for houses in which a famous person died.

According to statistics cited by Ford, interest in the paranormal is on the rise (perhaps due to the proliferation of television shows on the topic), creating new markets for ghostly tourism and haunted homes. She expects this to have an impact on the number of buyers and sellers who will be asking Realtors about home clearings.

Research also shows that properties stigmatized by rumours of haunting still tend to take much longer to sell than the average home. Only about one-third of survey respondents say they’d be willing to live in a house that is said to be haunted.

Maybe we should chill, though. By no means are spirits necessarily a bad thing; many are benign, according to Ford.

“If there was a peaceful death, mostly they aren’t there,” she says. “If they are, I will help them cross over…It’s only in the last 50 or 60 years that dying at home has been an issue; prior to that it was common. There’s been a disconnect from this. People are frightened of things they don’t understand.”

That said, she has a few stories about demons who you wouldn’t want to get too friendly with unless you have a portal handy in your basement to hurl them through. She’s talking phantoms staring with red eyes, monsters in closets, shadows sliding down walls and slithering on all fours along the floor and Tibetan bells suddenly snapping in half at house clearings.

Ford recalls once being called into an area heritage theatre after staff refused to enter the building. An apparition had been seen repeatedly in an empty screening room and phones kept ringing even when unplugged.

But that’s the stuff of night terrors. For the fainthearted, Ford may stick to gentler anecdotes, perhaps those about people feeling the weight of a phantom cat settling on them as they fall sleep or hearing their long-gone dog’s paws lightly treading down the hall.

For non-believers, she chooses her words carefully, noting that the clearing she’s about to perform will re-vitalize the space and provide a more peaceful home life.

She ain’t afraid of no ghosts.