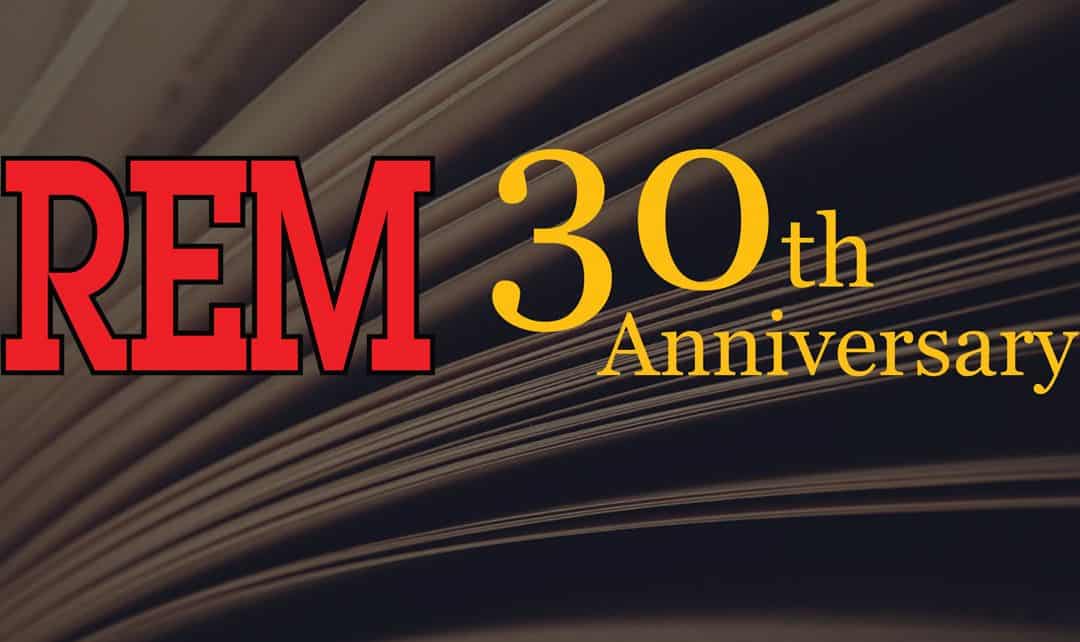 All of the above have been major real estate industry stories during the last 30 years and continue to be hot topics. But the entity that has had the most coverage in REM and touched on all of these issues has been the federal Competition Bureau.

On December 20, 1988, seven months before REM’s first issue was launched and following investigations at several Canadian real estate boards, CREA and what was then known as the Anti-competition Bureau signed a Prohibition Order. The order was a mandatory code of conduct that prohibited CREA’s members and real estate boards from engaging in anticompetitive behaviour.

The bureau said the investigations had uncovered attempts to standardize commission rates and splits and found unreasonable restrictions on advertising and unwarranted requirements for real estate board membership. The order remained in place for 10 years.

The bureau was also busy looking into other aspects of the real estate industry. In May 1992, REM reported a win for CREA and the Winnipeg Real Estate Board. They had been charged over the board’s “principal occupation” rule, which required that the board’s members work as full-time salespeople. The case was dismissed by the Federal Court of Appeal, based on the fact that board bylaws were originally established under a charter from the province.

“There’s definitely some jubilation that someone has won one against the Anti-competition Bureau, which seems to be singling out our industry of late,” Rob Fraser, president of the British Columbia Real Estate association, told REM.

WinnipegRealtors voted to eliminate the principal occupation rule in 2018, on the advice of their legal counsel.

In the spring of 1994, REM reported that two real estate firms in Calgary were found to have discriminated against Elite Real Estate, an independent Calgary discount firm that offered three per cent listings and was not a member of the Calgary Real Estate Board. Elite taped phone conversations with the brokers and used them as evidence that the firms would not do business with them because they offered lower commissions.

In November 1998, REM reported that the Competition Bureau was discontinuing a 2 1/2-year-old investigation of several Regina brokerages who were members of the Association of Regina Realtors (ARR). Again, a non-member firm alleged that it was being discriminated against, and a local real estate publication said it was being boycotted by ARR members. The bureau determined that the allegations were not substantiated, but it “still had concerns about an association rule that restricted members from sharing MLS information with non-members,” REM reported.

Harry Chandler, then bureau director, told CREA’s national conference that he hoped organized real estate could create a voluntary code of conduct for the industry, to avoid future legal skirmishes with the bureau.

But the bureau continued to insist that CREA’s MLS access rules were anti-competitive and more charges were imminent until the fall of 2010, when CREA’s membership ratified the new Consent Agreement.

“The bureau’s focal point was ‘mere postings’, because they felt that the rules prevented the entry of innovative and competitive business models into the business, or their ability to remain in the business,” CREA president Georges Pahud told REM in a December 2010 story. He said CREA decided to sign the agreement for two reasons: the huge cost of litigation and the fact that working on the file was taking up a great deal of time for all the board committees and staff, as well as local and provincial associations. “We needed to get past this dispute,” he said.

Then in August 2011, the Competition Bureau filed an amended complaint to the Competition Tribunal, stating that the Toronto Real Estate Board’s virtual office website policy “would continue to thwart the development of new, innovative and efficient methods of providing real estate brokerage services using the internet.”

The Competition Tribunal ultimately agreed and after years of legal wrangling, TREB ran out of options when the Supreme Court of Canada declined to hear its appeal in August 2018.

The MLS, always the lifeblood of organized real estate, has also been a constant newsmaker in REM’s pages. In the June 1990 issue, the headline was Ontario-wide MLS gains support.

In the spring of 1999, REM reported on an initiative launched by the real estate boards of Toronto, Vancouver and Montreal. The Montreal board withdrew its partnership from the project that fall.

“As envisioned by TREB and the Greater Vancouver Real Estate Board (GVREB), TV‑MLS will be the next generation of MLS technology, owned and operated by a new company, to be set up by TREB and GVREB,” REM reported in January 2000. “MLS.ca may become the consumer portal for TV‑MLS, and other boards may become investors in the new company, or simply become customers of the new national, single MLS system that TV‑MLS proposes to create.  TREB, GVREB, other boards across the country and CREA still have to work out those details and others, such as the issue of not‑for‑profit boards becoming involved in what is expected to be a for‑profit company.”

But all was not well with the relationship between organized real estate and Canada’s largest real estate firms, who did not want to see real estate boards setting up for-profit companies. The July 2001 issue of REM featured a photo of the Industry Leaders Group, with representatives from Royal LePage, Re/Max Ontario-Atlantic Canada, Re/Max of Western Canada, Century 21 Canada, Coldwell Banker Canada and Prudential Real Estate Affiliates of Canada. They met with REM to promote a list of 12 demands they had for organized real estate.

These included a reduction in membership costs, increased efficiencies and the implementation of a truly national MLS system. They said they were seriously thinking about forming their own MLS system, but wanted to work with the boards and associations. “We’re competitors in this room, but we’re more in line with our thinking about what has to happen than organized real estate is,” said Century 21 president Don Lawby.

REM’s March 1990 issue included the headline Royal LePage may dump MLS. The story quoted president and CEO George Cormack, who was unhappy that TREB would not allow Royal LePage to access MLS listings for its own national computer network system.

In the next issue, Royal LePage assured REM that the development of a proprietary listing service would not exclude the use of MLS systems and was not intended to be a replacement for MLS.

REM has always offered a place for members to express their views about how they are being represented by the three levels of organized real estate. This hasn’t always made us popular with the associations.

The amalgamation of real estate boards and provincial associations has already happened in Nova Scotia and will take place soon in Saskatchewan. Over the years several boards have threatened to cut ties with their provincial and federal counterparts, including the boards in Vancouver and Quebec. In December 1994, TREB needed a small housekeeping change to its bylaws to ensure it could transfer membership fees to CREA and OREA. That turned into a full-scale discussion about pulling out of the two organizations, but ultimately the board decided to stay in the family.

An October 1992 REM story, Unhappy real estate board members demand accountability, outlined how boards across the country were struggling to meet the needs of both one-person brokerages and large offices with many agents. It also discussed how boards were trying to increase communication with members and attract new volunteers to serve on committees.

“The people I talk to in my travels, if they’re complaining about local boards or associations, nine times out of 10 they have very limited knowledge of what that board or association even does for them,” said Tom Bosley, a CREA and OREA past-president. “And that’s unfortunate, because we really do a hell of a lot.”

“Auctions, discount brokerages and buyer brokerages are among the hottest real estate trends of the ’90s,” REM reported in its May 1992 issue.

Back in the September 1990 edition, Don Williams of Re/Max Realty Properties in Mississauga, Ont. made a series of predictions for the real estate market. At the time, the market was slow across the country.

He predicted that “an aggressive American company is going to step up its activities and eventually replace Royal LePage as the No. 2 real estate company in Canada. By the end of the decade both Montreal Trust and Canada Trust will disappear from the real estate scene. Several franchises will also go bankrupt and several more mergers will take place in the industry.

“When the real estate market improves, a greater percentage of homeowners will be selling privately. The growth industry of the ’90s will be those companies that assist vendors (for a flat fee) to sell their homes privately,” wrote Williams.

He also predicted tighter government regulations for the industry, and “the hard sell will disappear and be replaced by technical knowledge and counselling skills.

“Real estate as we know it will have changed dramatically by the end of the ’90s and I believe that 80 per cent of the top people in the industry will be women.”

In his February 2009 humour column, Dan St. Yves predicted: “Interest rates will go up. Or down. Maybe both. Maybe neither. Maybe this predicting thing isn’t as easy as it looks.”

About once a month, REM receives a news release about a product or service that promises to forever change the way real estate is bought and sold. Some of them probably will.

There are many other topics REM has covered that continue to this day. The saddest one is about Victoria sales rep Lindsay Buziak, 24, who was murdered while showing a home on Feb. 2, 2008. No arrests have been made. Lindsay’s father Jeff has worked hard over the years to keep public attention focused on the case and recently he appeared on the Dr. Phil show in the U.S. We hope REM will some day be able to report on justice for Lindsay.