These really are tiny houses. A first look at Little Canada 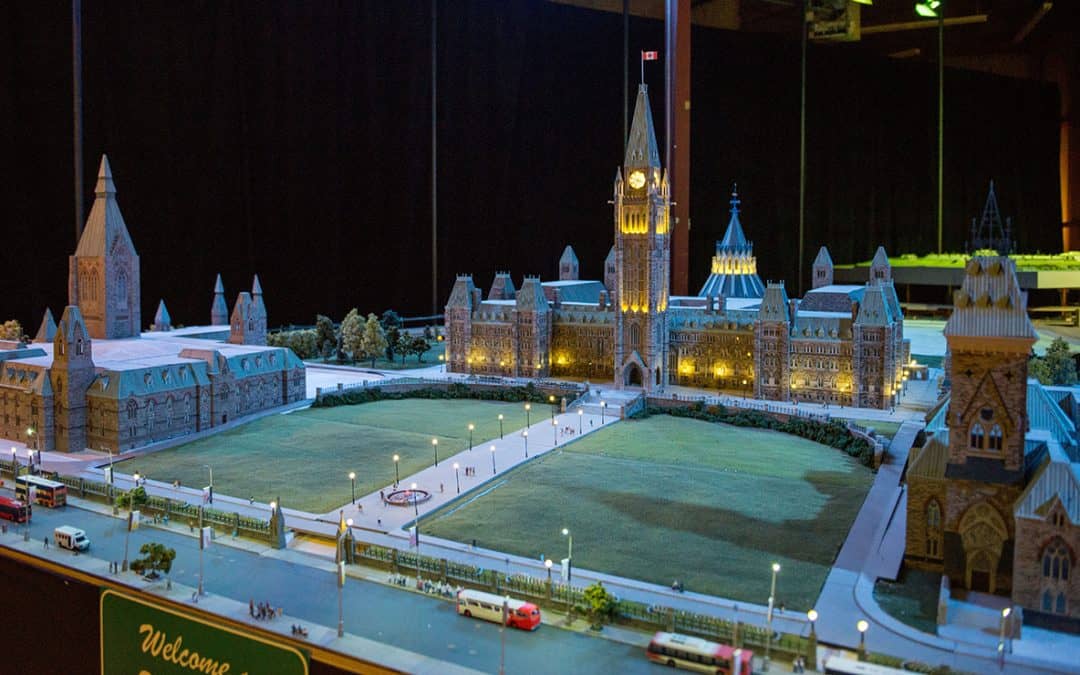 They invested $24 million into dozens of properties, but none of them are habitable. What a boondoggle, you say. What’d they do, sink their money into swampland in Florida? No, actually it’s prime real estate in choice locations in Ontario and Quebec – and they’re planning to expand!

The reason no one can live or work in any of these homes and commercial spaces is because they’re just too small.

Welcome to Little Canada – the miniaturized world of iconic Canadian landmarks and scenes of daily life, at a 1:87 scale (the most popular size for model railways), which officially opened to the public on August 5.

The attraction opened in Toronto on August 5.

Visitors can now see the result of 10 years of planning and 180,000 hours of labour at this new exhibit across from Yonge-Dundas Square in Toronto.

For the amount of time, money and effort involved, investors could easily have purchased a few dozen houses in Vancouver and watched their money grow. But this project has a different mission – to amuse, excite and entertain visitors.

Little Canada is the brainchild of Dutchman Jean-Louis Brenninkmeijer, a Canadian immigrant who left a lucrative family business 10 years ago to start this passion project full-time.

As a child, he enjoyed assembling model trains and the hobby was reignited when he quit his last job. When he moved to Canada, Brenninkmeijer began learning about the country while helping his children with their schoolwork and was intrigued by this vast and diverse land. But it was a visit to a large model train display in Hamburg that helped him develop a vision for a similar miniature world in Canada.

A busy ByWard Market in Ottawa.

Soon he teamed up with David MacLean, a civil engineer and former president of The Model Railroad Club of Toronto to begin planning what some considered an unfathomable idea.

Brenninkmeijer estimates he’s spent about $10 million of his own money, while the rest has come from relatives, local businesses and other investors.

The exhibit, which occupies a 45,000-sq.-ft. location at 10 Dundas St. E. has five destinations so far: Niagara, the Golden Horseshoe, Toronto, Ottawa and Quebec.

You’ll see paddlers on the Don River, teensy fans in the Scotiabank Arena, the Maid of the Mist boat transporting tourists beneath the roaring falls and 1960s-era toy-sized cars parked outside the first Tim Hortons Donuts in Hamilton. At the miniature Château Laurier hotel in Little Ottawa, each member of the Little Canada team got a chance to design the interior of one suite.

Interspersed between familiar landmarks are over 5,000 trees and 300 autonomous cars zipping across the roadways. And every 15 minutes, day turns to night when streetlights and office towers are illuminated by thousands of LEDs.

It isn’t surprising to learn that digital artists, sculptors, painters and mechatronics specialists were needed to build this miniature landscape. But you may not have expected that electricians, plumbers, engineers and architects (think of scale models done by architectural firms) were also hired. You’d think these were real buildings! Who knew?

Every real estate agent knows the mantra of location, location, location. In Little Canada, location is important too but for a different reason. Here the properties in the foreground (or closest to the viewer, known as the A level) are more detailed, so they take longer to make and by extension are more valuable. It doesn’t make sense to invest as much time in details of miniature structures on the back third, or C level, as they’re harder to see.

Even structures midway on the exhibit can take time. Alex Kung, an engineer working in the onsite maker area, says he spent four months constructing a miniature Honest Ed’s, the quirky department store that, until it was demolished recently, stood at the corner of Bathurst and Bloor in Toronto for many years.

While a colleague did the laser cutting, Kung decided on the scale, designed the sign, did the painting and installed the fibre optics, which allow for the bending and bundling of lights.