Publisher’s Page: Why we wear the poppy 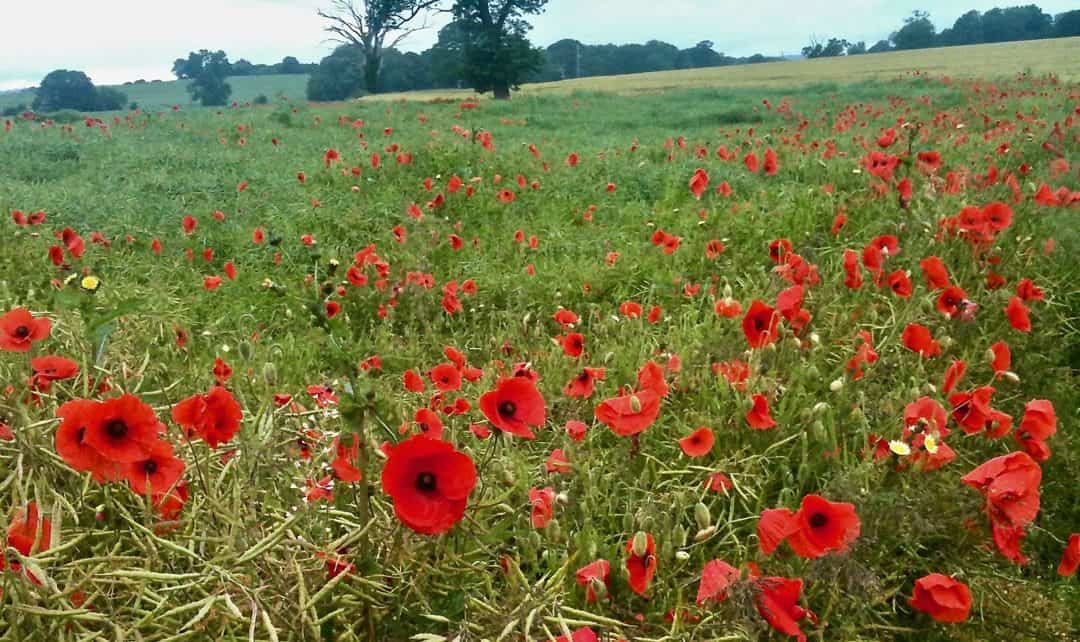 It is not difficult for me to imagine what hell is like. I may not be a very religious man, but I do believe in hell. I know hell exists. But when and where is up to us.

It was then and there that soldiers of the German Empire dispersed 5,730 cylinders of chlorine gas across the frontlines. The gas was carried by a slight easterly breeze until it reached the lungs of the unsuspecting French troops.

The effects of chlorine gas on the human body are horrific. Anthony R. Hossack, a member of the Queen Victoria Rifles, describes the scene in his memoir:

“Plainly something terrible was happening. What was it?  Officers, and staff officers too, stood gazing at the scene, awestruck and dumbfounded; for in the northerly breeze there came a pungent nauseating smell that tickled the throat and made our eyes smart…

“One man came stumbling through our lines. An officer of ours held him up with levelled revolver, ‘What’s the matter, you bloody lot of cowards?’ says he. The Zouave was frothing at the mouth, his eyes started from their sockets, and he fell writhing at the officer’s feet.”

Chlorine gas destroys the victim’s respiratory organs. Death comes from asphyxiation. Depending on the level of exposure, it may happen quickly, or it may be agonizingly slow. There is no treatment or cure.

In November we wear the red poppy, a symbol immortalized famously in John McCrae’s haunting poem In Flanders Fields.

McCrae was at Ypres on Apr. 22, 1915. He was present for this horrific scene and was inspired to write the poem after a close friend was killed in the ensuing battle.

As the French troops fled the devastating effects of the gas, Canadian troops filled the line to prevent the Germans from advancing. The Canadians also discovered they could use urine-dosed rags to counteract the effects of the gas.

We are taught these facts in history class, and how we should be proud of our country because of them. They are a point of nationalistic pride.

But we too easily forget what, exactly, McCrae and the other soldiers present at the Second Battle of Ypres witnessed, and the lesson we were meant to learn from it.

The poppy is not, and never should be, a celebration of war. On Nov. 11, we are not called to remember only how brave and admirable the Canadian soldiers were, or how fundamental a role they played in the Allies victory. We are not meant to celebrate how successful Canadians are at violence, however justified that violence may be. Yet, too often, we seem to believe that’s the case.

We don’t wear the poppy to celebrate Canada going to war. The poppy should be a stark reminder of the horror of war. It is a reminder of the gas at Ypres. The shelling at Verdun. The bombing of Dresden. The atomic bombs dropped on Hiroshima and Nagasaki. The napalm girl in Vietnam. The prisoners of Abu Ghraib.

The poppy is a call for us to always be skeptical of our leaders when they send our military to war, and the reasons they give for doing so. It is a call to never again go to war unless it is absolutely necessary. It is for remembering the enormous sacrifice of soldiers like McCrae, and a pledge to never put them in harms way again unless there is no other choice. It is a symbol meant to remind us of our own extraordinary capability for evil in the name of nationalism and war.

I wear the poppy because I strongly believe it is, and always should be, an anti-war symbol.

I wear the poppy because I know hell is a real place that exists on Earth. If we allow ourselves to forget that, we will bear the responsibility of needlessly sending our young men and women into it.