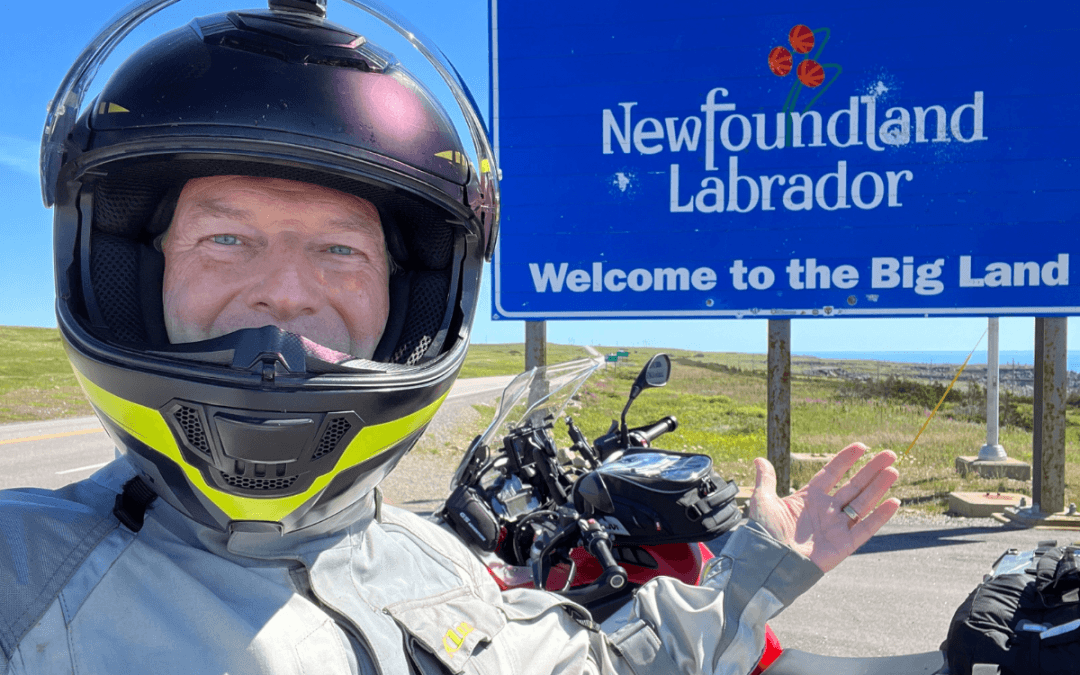 On Aug. 1, to kick off Re/Max’s annual Month of Miracles fund-raising campaign, Johnson set off from his home in Wasaga Beach on a 10,000-km solo ride to Labrador, with a goal of raising $250,000 for CMN. He stopped at 10 CMN hospitals along the way, visited with children and families, and reached his fundraising goal. The ride, dubbed the “Road to a Million,” marked another significant milestone for Johnson, bringing his total funds raised for CMN to $1 million.

In 2018, Johnson went on the Ends of the Earth Ride, a 28,000-km journey from Tuktoyaktuk, N.W.T. to Ushuaia, Argentina). In 2016 he rode across Canada and in 2013 rode to Costa Rica, all to raise money for CMN and enlist “champion agents” throughout the Re/Max network.

“We hope to involve as many champion agents as possible with a minimum donation of $2,500,” says Johnson, who is with Re/Max By the Bay. “But no matter the size of the donation, we’re grateful to witness the spirit of generosity so that kids can be helped or even cured – and go on to the important business of being a kid again.”

He says the most recent ride holds a special significance for him. “Having raised $750,000 for CMN to this point, aiming for $250,000 on this ride was a natural goal. Also, I’m celebrating my 25th anniversary as a real estate agent and my 25th year supporting the Children’s Miracle Network, so there’s magic in this milestone.”

Johnson and his wife Mary lost their first child, Alyssa Rae, in 1998, after she spent 20 days in the Neonatal Intensive Care Unit at SickKids Hospital in Toronto. Before his first fundraising journey in 2013, the Johnsons set up the Alyssa Rae Johnson Fund at SickKids, with 100 per cent of donations benefitting sick and injured children and supporting medical research, education and patient care.

Johnson was honoured for his charitable efforts in 2019 with a National Association of Realtors Good Neighbor Award. He is the only Canadian recipient ever. He continues to champion the Re/Max Miracle Home and Miracle Commercial Property Program.