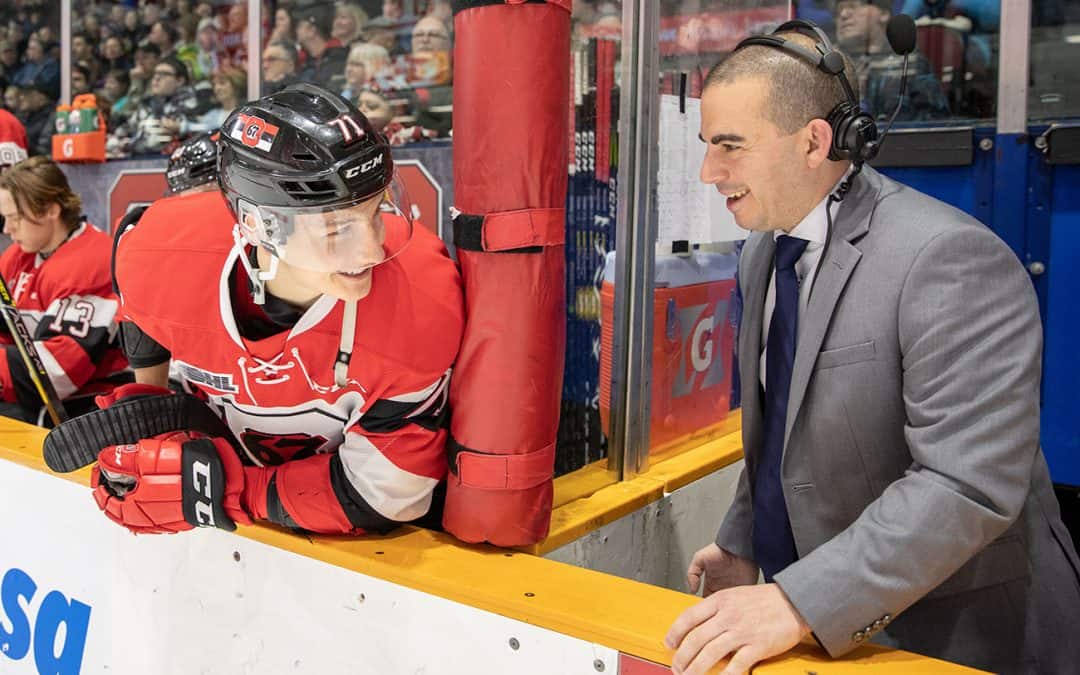 Colin Zappia is a full-time Realtor with Sutton Group – Ottawa Realty. Since 2016, he’s also been the Ottawa 67’s Rogers TV colour analyst. He was also the television host from 2007 to 2009. Hockey has always been a part of Zappia’s life; his father, Tony Zappia, coached the Cornwall Royals in the 1980s.

After losing his father to a heart attack in 2007, Zappia has found numerous ways of contributing to the University of Ottawa Heart Institute, where his father received care. This year, he is donating 20 cents per save for every game in the Ontario Hockey League during February. Each save a goalie makes equals a donation that will help to save lives.

“The total should be somewhere around the $1,500 mark,” says Zappia. “This amount – along with any other donation – will be matched by generous corporate sponsors.”

In addition, he has pledged to donate $500 from each house bought or sold in February to the Heart Institute. It is one more way to honour his father and help other families.

Zappia is challenging other Realtors to send a text with a heart emoji to 456-78 to make an instant $5 donation, or, if they prefer, donate any amount through the University of Ottawa Heart Institute’s secure site.

Zappia says that funds raised during Heart Month will ensure patients in Ottawa and across Canada are able to continue receiving world-class care. At this facility, surgeons, cardiologists and others collaborate to advance education, research and patient care.