Linda Pinizzotto: “I can negotiate anything. That’s my forte.” 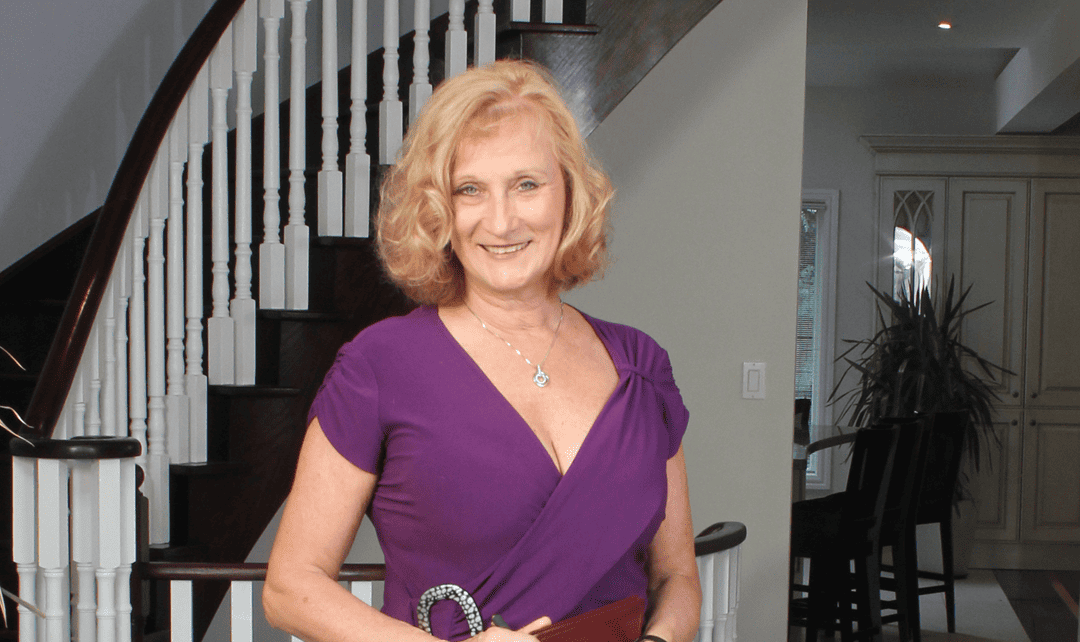 “I can negotiate anything. That’s my forté,” says Realtor Linda Pinizzotto. “I’m a very determined person.”

I can’t dispute this, especially after I initially doggedly attempted to convince both myself and Pinizzotto that my interview with her for this article needed to last no longer than an hour, only to find myself still on the phone with her over two hours later.

If that’s not evidence enough that Pinizzotto is someone unlikely to take no for an answer, how about this. At an exclusive function years ago, she managed to convince pissed-off mimic/comic Rich Little to come out of his hotel room, where he’d been holed up alone in a foul mood after being bombarded earlier with endless hockey anecdotes by the late Walter Gretzky. (Little is apparently not a big hockey fan.)

Pinizzotto prides herself on being direct and outspoken. “I’m not stressed out, because I come right out and say what I think.”

No doubt about it, she has a lot to say – a 10-page resume, a lot of balls in the air. Founder and president of Ontario’s non-profit Condo Owners Association (COA). Widespread community service, resulting in various awards (most notably being made a dame of the Order of St. George). Real estate investor. Member of innumerable industry and government boards and panels. Public speaker. Podcast picked up by Spotify.

Now, after over 40 years in the business and multiple sales awards, she’s launching the Linda Pinizzotto Real Estate Group, under the Re/Max Realty Enterprises banner in Mississauga, Ont.

“I have the most beautiful lighted sign for the building. It’s costing a fortune,” says Pinizzotto, who is “super excited’ to finally get the operation rolling after lengthy permit, renovation and lockdown-related delays involving the 9,000-square-foot building she purchased awhile back. Along with office and conference space, the building contains four separate apartments. Pinizzotto envisions having community members use these spaces where feasible – allowing non-profits access to the conference area, for instance.

She considered buying a franchise but explains that it’s always been a dream of hers to have her own building and group. “And now I can offer my own commission-split package.” She’s looking to hire about a dozen agents in all, keeping an eye out for those who are tech and social media savvy. (“As an agent these days, you can’t just be on Facebook.”)

She’s adamant that the new venture won’t put the brakes on her volunteerism. When asked if her goodwill work affects the time she has for her job, Pinizzotto says, “People reach out to me because of my contributions to the community…If I am doing goodwill, I am still marketing myself. Being a contributor to the industry is in my mind more beneficial than cold calling.”

She points to her advocacy for condo owners with the COA, which she believes has boosted her influence in the real estate industry and her knowledge. She founded the organization over a decade ago; it has been instrumental in effecting much-needed changes, including mandatory licensing of condo managers.

The entrepreneurialism of real estate appealed to Pinizzotto from the start, after modeling (a “life changer” in terms of building her confidence, she says) and holding a liaison position with Atomic Energy of Canada. As a young agent she carried a typewriter in the trunk of her car. During the market crash in the early ’90s, she persuaded bank vice presidents to list their power of sale properties with her.

“It was my proudest achievement. I didn’t know anybody. I just called the banks and set up appointments with the vice presidents and secured the contacts…I did 156 powers of sale in three years, when no one else had anything going on.”

She experienced poverty growing up. She remembers moving into government-assisted housing, “the worst building you can imagine,” and resolving that when she had children herself, they would not have to live that way.

As a hockey mom to her three sons, she could often be found finalizing deals at hockey rinks while her sons were on the ice at 12 different arenas in a week. In both hockey and baseball, she was among the first females volunteering in management with a junior division.

“You’re a woman. What do you know?” was a rude comment she heard more than once.

All of her sons eventually had careers in professional hockey – one of them with the Vancouver Canucks and the Edmonton Oilers, and the other two with DEL, a German professional league.

Her boys are now grown. She’s a grandmother. The market is red-hot. (Pinizzotto disapproves of a current common practice throughout the Greater Toronto Area though, wherein some agents hugely under-price housing in order to attract multiple offers.)

Things are finally falling into place for Pinizzotto’s own branch office. “I’ve created a strong name, a strong brand,” she says.