The Rietveld-Schroder house: Dutch modernism from 1924 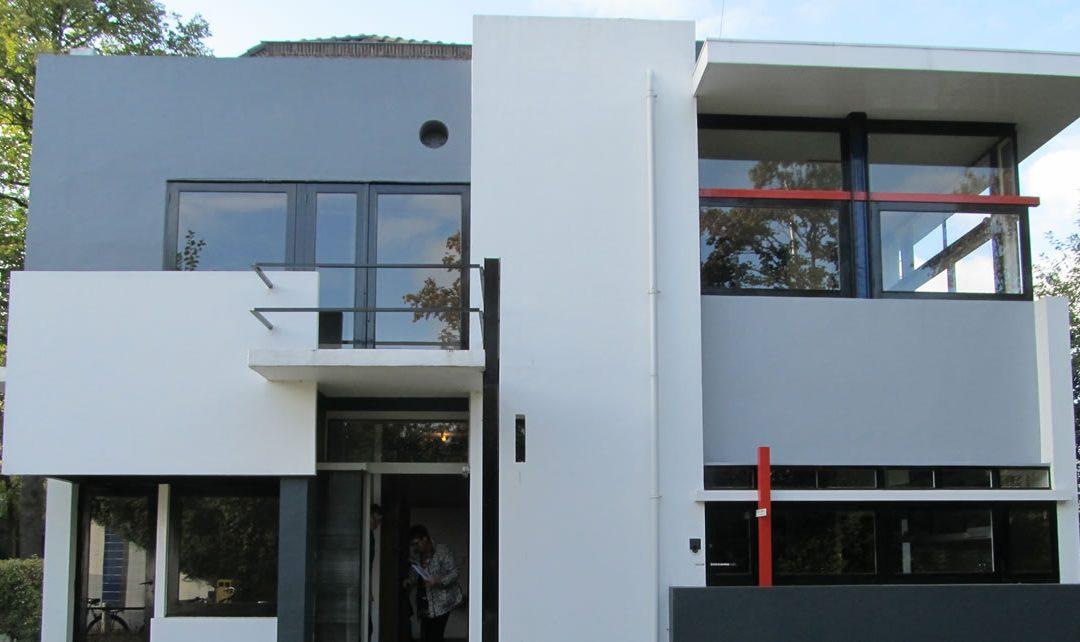 Neighbours called it “that crazy house.” And its owner Truus Schroder wasn’t pleased to learn her children were sometimes ostracized – all because the home looked noticeably different from others on the street.

Today “that crazy house”, located on the edge of the Dutch city of Utrecht, is a UNESCO World Heritage Site. And this year the Rietveld-Schroder house, as it’s known, will receive even more attention than usual.

That’s because 2017 marks the 100th anniversary of De Stijl – the Dutch art movement that had an international impact on modern art and architecture – and perhaps no single building epitomizes The Style more than the Rietveld-Schroder house.

Designed by Dutch Architect Gerrit Rietveld in close collaboration with his client Truus Schroder, the home was considered radical for its time and broke with many architectural standards of the day.

It was built in 1924 and even now the two-storey home with a white façade accented with primary colours, stands out from the other dwellings on the street.

Notable interior features include the flexible and changeable spaces. For example, on the top floor, instead of fixed walls, there are sliding partitions that allow the occupants to create separate rooms (as many as three bedrooms and a living room) when needed, or enjoy an open concept.

Schroder also wanted lots of natural light and a seamless transition between the indoors and the outdoors. To that end, almost every door in the house leads to the exterior. A skylight in the roof above the stairs was installed and other intriguing elements were added such as windows in the dining room that, when opened, appear to make the corner of the home invisible (sometimes called a “disappearing corner.”)

That wasn’t the only optical illusion. Rietveld had planned to build the entire home using prefabricated concrete, but that turned out to be too costly. Instead he settled on reinforced concrete for the foundation and balconies only and used bricks for the rest of the home. They were then covered in a layer of stucco.

Rietveld, who started his career a furniture maker, also designed the home’s hanging lamps and the now famous red-blue chair – in classic De Stijl colours. (Other versions of the chair can be found in various museums throughout Holland including the Rijksmuseum).

Schroder, a widow, moved into the home with her three children in 1924 and lived there until her death in 1985. She had chosen the location of the house at Prins Hendriklaan 50 for the expansive view over the polder landscape. But unfortunately, a four-lane motorway with a viaduct was later constructed nearby, obscuring the view and prompting Rietveld to complain that the home had lost is spatial meaning.

Today the home is open for guided tours, though advance reservation is required because only 12 people are admitted at any one time. Through the audio guide, visitors learn that Rietveld didn’t just design the house. He also lived in it. He had a studio on the ground floor of the home from 1925 to 1933. After his wife died, he moved in with Schroder. He died in the house in 1964, one day after his 76th birthday.