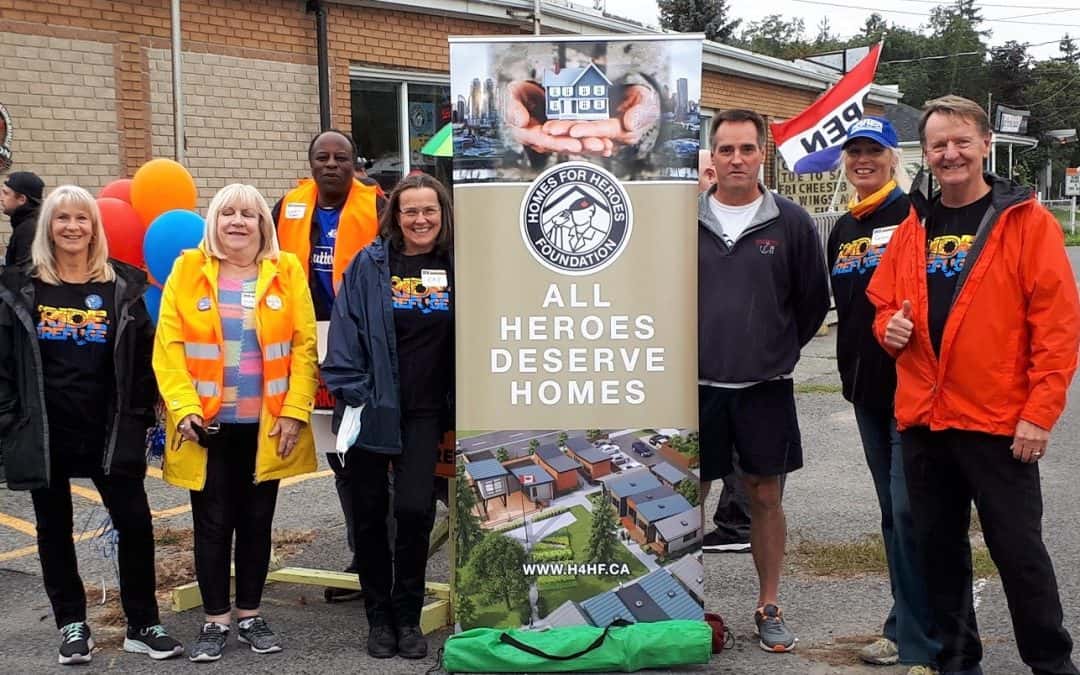 As many as 5,000 Canadian military veterans are homeless. Many of them have risked their lives to protect our freedom and some suffered injuries and post-traumatic stress making it more challenging to integrate back into civilian life.

Sutton Group – Masters Realty raised $13,500 in the Ride for Refuge in support of a Homes for Heroes project in Kingston, Ont. that will provide temporary housing, counselling and training for veterans.

Each participant from this office completed a personal fitness challenge and collected donations. Their contribution accounts for approximately half of the total $26,300 raised in the event.

Gail Power, a Realtor who organized the fundraiser, along with Realtor Kay Langmuir and friend Kathy Williams, says this was the first year for Sutton Group – Masters Realty but it won’t be the last. Other teams included eXp Realty, Century 21 Champ Realty, Hometown Kingston Realty, Atkinson Home Hardware, Homes for Heroes and The Brick.

“The Kingston event kicked off with a choice of a 5-km walk or a 10-km bike ride along beautiful Collins Bay,” says Power. “Dozens of people cheered on the walkers and cyclists, enjoyed a barbecue and dropped off donations. Thirty-four participants completed their quests including the Sutton team consisting of husband/wife realty team Gail and Ryan Power, who walked 500 km in the summer; Kay Langmuir, who swam 100 km in Lake Ontario; Catharine Arnold, who biked 100 km; Robert Munroe and Diane Judge who volunteered; and Mark Pruefer, who rode his bike on the day of the event.”

The Kingston and Area Real Estate Association has created a task force to raise funds and awareness for the charity.

In November, Ontario’s provincial government approved $2 million for the development of a Homes for Heroes village in Kingston near Portsmouth Avenue and King Street West. Twenty residences will be built to house up to 25 of the city’s approximately 100 homeless veterans. To learn more, visit www.homesforheroesfoundation.ca.