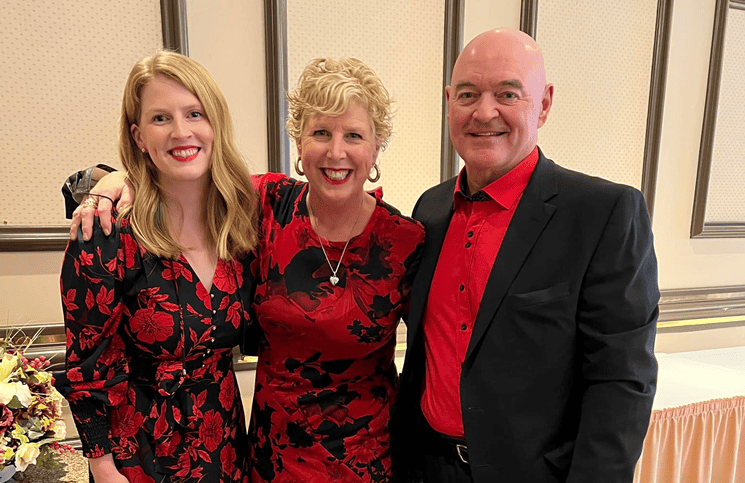 Just as 2022 was getting up to the gate, Royal LePage Gardiner Realty officially became part of Royal LePage Atlantic, the largest real estate brokerage in Canada’s eastern-most provinces.

A strategic acquisition, it’s said to be a deal that Royal LePage Atlantic CEO Ralph Stephen has been pursuing for well over a decade.

The merger with the Fredericton brokerage boosts Nova Scotia-based Royal LePage Atlantic’s total numbers to 500 agents across 14 offices. More to the point, it expands the operation into New Brunswick’s capital region.

“Ralph is a New Brunswick guy, so the idea of having all three of the major parts of New Brunswick in our system was a long-time goal of his,” says Royal LePage Atlantic president Matt Honsberger. “We’re already a big presence in Saint John and Moncton. We have a goal of being the real estate solution for Atlantic Canada, and this Fredericton merger rounds out that objective and our geography. It’s a good match for us.”

If perhaps bittersweet for Gardiner Realty, the decision to sell to Royal LePage Atlantic was nonetheless reportedly an easy one, involving some inspired succession planning. Founded as an independent in 1970 by renowned wheeler dealer and Order of Canada recipient Don Gardiner and his wife Alice, who joined the Royal LePage system a couple of decades later, the brokerage has served the community through three generations of the Gardiner family. By the 1990s it was being run by Donna Gardiner-Thompson (Don and Alice’s daughter), and her husband Lincoln Thompson.

“It was important to us that the familial tradition of Gardiner Realty continue on,” says Thompson, who despite the end of a chapter of the family’s story is staying as managing broker for the Fredericton location as he approaches retirement in a few years. Donna and their son Ben will stay put with the new regime as well. (The Gardiner family will also retain ownership of Gardiner Properties, the development arm of their business, which wasn’t included in the sale.)

The merger “is a win for Royal LePage Atlantic,” Thompson says. “They’re getting a successful, established 52 year-old company that generates $7 million in gross commissions a year. And it’s a win for us. We’re aligning with a company that’s successful with a whole pile of services that are beneficial to everybody.”

These include all the bells and whistles at the disposal of a larger brand – a suite of administrative, marketing and brand-building services – along with perks such as access to licensed business coaches.

“They wouldn’t have had these advantages to this extent previously,” says Honsberger, who stresses that having the Gardiner family remain on board is a big plus. (“It’s always hard to find great leaders,” he says.)

“We’re excited to both continue their legacy and bring all of the benefits and programs that Royal LePage Atlantic has to offer.”

And now for the twist – Honsberger is simultaneously welcoming the Gardiners into the fold and his wife’s family. Yes, Donna and Lincoln are his in-laws. He married their daughter Katrina, a business coach with the Halifax office of Royal LePage Atlantic, several years ago.

Katrina has been with the company for close to a decade, currently working with sales reps to help them grow their business. Now with the merger she will get to work with the Fredericton agents, Honsberger says.

Their marital relationship is “a fortunate part of the story” that didn’t impact the merger negotiations, he says. (He declined to disclose the financial terms of the deal.)

“This is the seventh acquisition I’ve been part of and we followed the same formula. The performance of a business determines the price,” he says. “They did not give us a discount and we did not underpay.”

Lincoln and Donna also had to be mindful of treating both sides fairly. “When you have kids, you want to be sure you’re passing equal torches,” says Honsberger.

Definitely not keen “to get to Thanksgiving dinner and have tension about business, or ever do salary negotiations with my father-in-law,” Honsberger is well aware that it’s important to take steps to minimize family conflict where possible.

For starters, “I am not involved in HR decisions around Katrina,” he says. “We made that decision early on.  It was important to both of us. Same thing with Lincoln now, with the merger.”

Over the years, says Honsberger, he’s gained insight into avoiding conflict and creating open dialogues in business, thanks in part to training he received as a member of the Young Presidents’ Organization.

In terms of future expansion, Honsberger says that Royal LePage Atlantic may look to PEI or Cape Breton, and may even consider moving outside of Atlantic Canada, given their experience managing far-flung teams during the pandemic.

From all accounts, the recent merger with Gardiner Realty went smoothly, with the major players apparently looking forward to working under one banner.

Who knows, says Honsberger, “Perhaps the business will one day move to the fourth generation.”