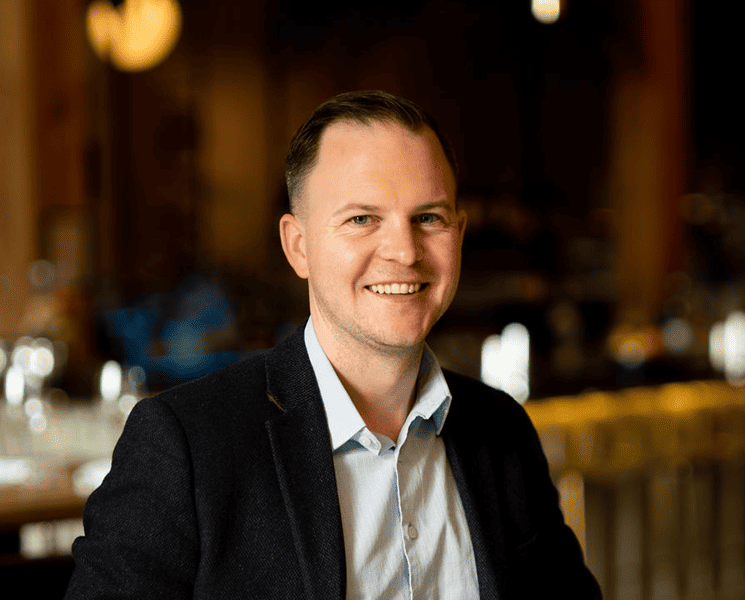 It was one challenge after the other for three years but the deal – the largest land assembly transaction in 2021 in downtown Hamilton – is done.

Broker Evan Apostol and senior vice-president and sales representative John MacNamara of Blair Blanchard Stapleton Limited guided the transaction, which totalled 3.6 acres at an average of over $11 million per acre. It included the site of the Philpott Memorial Church (a fixture in downtown Hamilton for over 100 years) and its parking lots, and the purchase of the Lincoln Alexander Centre, which will be renovated and expanded to house the church.

The impetus for this major land assembly came in late 2018, when an architect working with the church and who is part of Apostol’s network, reached out to him.

The church needed to know if it would make more sense to renovate and stay, or sell and move, Apostol says. “They needed a Realtor to look at the site, offer an opinion of value and to discuss what other sites might be available. There were a lot of meetings about the whole thing – what’s best for the church, best for the community and best for the congregation.”

MacNamara says the church building was dysfunctional and beyond repair. That, coupled with the property’s high-density zoning (which makes the land more valuable) made a good case for going, Apostol says. “It was fairly apparent the most positive impact was to sell and relocate.”

MacNamara says a critical factor that made this deal more complicated was the need for the church to continuously operate. It’s needed to provide services to the downtown community, Apostol says.

After the church made the decision to sell and relocate, the two Realtors put 20 properties in front of the church building committee and one was identified as “working developmentally and as suited to the intended use,” Apostol says. It had one property owner. An offer was put together but fell through. Six months of work went down the drain and it was back to the drawing board.

Apostol says they entered a conditional period to conduct due diligence and the offer became null and void because the conditions were not satisfied. “There is so much to do to tie up a sale,” Apostol says. MacNamara says, “Each transaction could have toppled everything like dominoes.”

The last property, which they thought might be a long shot, was a good site in a good location, with a building that could be renovated for the church. The deal involved four different properties and three owners.

The challenge was for the Realtors to get all of the people on the same page and ready to sell.

The last hurdle was to get congregational approval. That process took longer than expected and conditions had to be extended, something the buyers weren’t keen to do. But MacNamara says he gives the buyers accolades because everyone worked together to make the deal happen.

A couple of weeks later, it was approved. After three years, it came down to a single vote at the congregation level, MacNamara says.

The biggest challenge was that each deal had to be controlled by the church. They didn’t want to sell unless they had somewhere to go. The deal had sellers’ conditions, which is unusual, and the buyers had to go firm. It was a tricky deal, he says.

But at the end of the day, it was a huge move for clients and they came out ahead, says Apostol.

In commercial transactions, he says agents have to be pragmatic and rational and take a logical perspective. It also helps to have an upbeat personality. He finds the process fun. Solving new problems every day is part of the joy of the business, he says. “You can’t think about compensation. You have to enjoy the journey. You have to be a creative problem solver. It’s like a puzzle.”

He says it helps to be people oriented and analytical, and to realize the transaction structure is longer and more complicated.

In 2008, Apostol, who was then a McMaster University student, worked as an intern at a property management company that had a sister real estate firm. He got his real estate licence shortly after and branched into sales, including commercial office, mixed use and land. He also handles leasing and he is still a property manager.

MacNamara started his commercial real estate career in 2009, working with Barnicke, then Colliers. Once he decided he wanted to work in the Hamilton market, he made the move to Blair Blanchard Stapleton Limited. That was six years ago.

“I have always been in commercial real estate. I invested in real estate when I was younger, then restaurants and apartments, but had a regular day job. My dad said, ‘I think you should go into real estate but with one condition. I do not want to see your face on a bus stop’.”

Apostol and MacNamara, who came together to work on this transaction, are two of Blair Blanchard Stapleton Limited’s top producers for 2021, transacting a collective $165 million in sale and lease deals of all asset classes, the company says.

MacNamara expects the Hamilton market will continue to grow. He says Hamilton has about 40 million square feet of industrial space over 5,000 square feet and is poised to see growth over the next 10 to 15 years. The vacancy rate is roughly 1.6 per cent, he says.

“The explosion of activity is both in downtown and the green field industrial lands on the mountains by the airport,” MacNamara says.

Hamilton industrial land is currently less costly than in other GTA areas and there has been interest from the warehousing and trucking industries.

Hamilton’s advantage is its location (near Buffalo, Kitchener/Waterloo and Toronto), its proximity to the port, airport, rail and transit hub and its positive labour market, MacNamara says. Hamilton’s zoning also allows outside storage.