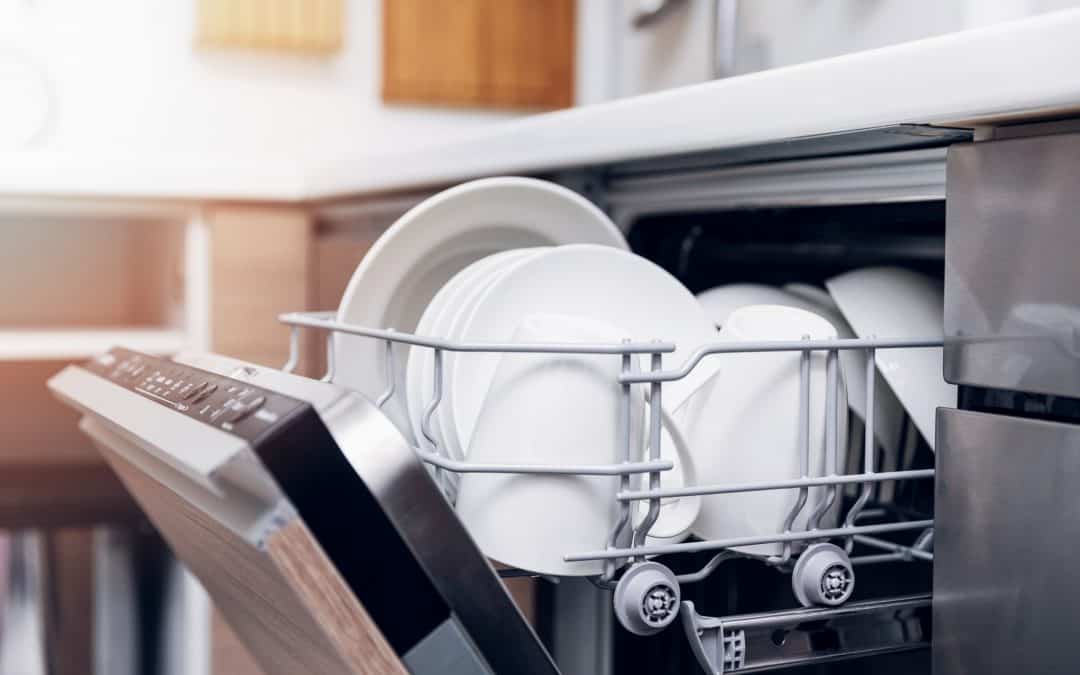 For such an unassuming appliance, you’d think a humble household dishwasher might function like a toaster or a waffle iron – efficiently and without qualms. As I reflect on three dishwashers I’ve lived with, I beg to differ.

One of my first dishwashers was in a home my wife and I owned in Kelowna. A preserved treasure from sometime in the 1970s, this yellow dish vault was a portable unit. We had to wheel it around the kitchen once it was full, attach a hose to the sink and run it until complete.

Oh, how we laughed in the early days when that hose attachment would disconnect from the kitchen faucet, and spray water helter-skelter, willy-nilly. Nothing like scarfing down your breakfast so that you can climb up a ladder to dry off your ceiling tiles.

While we appreciated not having to follow in the footsteps of our cave-people ancestors and clean off our dirty dishes in a creek, the dishwasher also had a bit of a leak. A three-beach-towel leak gathered at the base at one point. Virtually an equal amount of H2O output to input. On the bright side, dishwasher soap turned out to be a nice kitchen linoleum cleaner!

However, even being of moderate temperament as we both are, one eventually tires of mopping floors and wiping down counters, so we opted to seek out a new portable dishwasher. Setting it up and running a cycle without issue confirmed that the decision was sound.

Yet Old Yella sat in a corner of our kitchen, clearly forlorn at being relegated to a future landfill deposit. We loaded it (somehow) into the trunk of our mid-sized sedan and were enroute to the aforementioned landfill when we drove through a quaint, quiet rural area not far from our own neighbourhood. I’m not sure what possessed us to do so, but we pulled over onto the side of the road, adjacent to a driveway into a community of homes.

We pulled out the appliance, set it upright on the side of the road, and put a sticker note on the top and side, reading “Free To A Good Home”. Before any traffic could spot us, we jumped back into our vehicle and made haste, beetling it out of the area.

However, as we got further away, we realized that may not have been such a smart move, leaving a broke-down appliance out on the side of the road. We turned around and drove back to the scene of our crime.

When we got back to the driveway though, the dishwasher was already gone. When we got back home, the last reminder of the beast was sopping up water from the trunk of our car and chuckling at how quickly someone else had snapped it up.

Years later, we rented a home in Calgary and in what should have been a foreboding of what was to come, the dishwasher was being replaced when we moved in. The installer commented on how he got a great deal on the replacement from a little old lady who only used it for holiday and special occasion loads of dishwashing. I can only suspect she saw him coming from a mile away and only regretted not having the deed to her swampland ready to add in to the purchase.

At any rate, the replacement dishwasher ran uneventfully a few times, but after about a month, whatever had substituted for a muffler fell off or disintegrated. At about a third of the way into a cycle, it developed a penchant for sounding like a twin engine Otter coming in for a landing. Or one of those swamp boats with the huge propellers that roar along bayous. I swear at night if it was running when we were in bed, you could hear the pilot announcing to prepare for the landing and to fasten your seat belt, it was gonna be a rough one!

We literally apologized to our neighbour every time we met his glare outside of our homes. On the plus side, the racket chased away the voles that had been installing an elaborate series of tunnels in our yard, so win-win?

Eventually we moved back home to Winnipeg, where we are currently living with Strike Three. I wrote a full column about this mechanical failure for REM a while back. While that column had a happy ending, it was remarkably short-lived. A couple of months ago, I started to receive the dreaded error code repeatedly as it failed trying to wash even a small load of dishes.

So, painters tape installed over the handle and counter top, it currently sits idle. Perhaps we’ll use it as a bread box, or I could try smoking a salmon in there. Maybe I’ll remove the door and set up shelves to store some old dishes.

Whatever the future holds, I truly hope that there is at least one working dishwasher out there that I can grow old with. For now, I’m off to the creek with my pail of dirty dishes.